Hey Andy, where are you based and how did you first get hooked on dance music?

I’m based in Luxembourg and for those who don’t know, it’s a tiny country in the heart of Europe, between Germany, Belgium and France.

I first got hooked when I was watching TV with my sister. She always looked MTV and it was beginning/mid-nineties so every second clip was a dance track and I hated them.

Later on with 15/16 years after my Metal period, I met a guy who was spinning electronic music and then I got hooked, going to my first techno parties and bought first turntables and didn’t stopped till now.

It’s a blend of tech-house, progressive house and techno. Till now the biggest label I released recently is Lauter Unfug Musik.

Not really. I experiment and try. If It sounds good I’m adding other elements and when I’m really motivated, I arrange the whole thing ?

Traxsource and Beatport were supporting my latest release. Oliver Koletzki’s Stil Vor Talent also posted it on their Soundcloud. Beatport and Traxsource usually supports my music too.

Of course there are a lot of Labels & Artists I want to work with, especially Anjunadeep, it’s my favourite label since many years. We’ll see if I can figure this out. But for the moment I’m already really happy with my achievements and as long as I have fun with my music, I will not stop.

My set up is really standard, Pioneer or Xone Mixer and a pair or 3 CDJS. Yes I’m planning to perform live one day, but there’s still a lot of work to do.

There are releases planned on Lauter Unfug, Mad Hatter, Soundteller recordings and other ones that have to be confirmed. 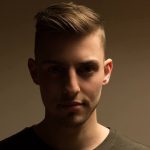 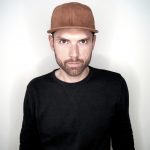