Althoff is a young Brazilian artist who at the start of 2018 dropped a track on Davide Squillace’s label This And That Lab, and only a few months later he is back on the imprint with a four track EP. We caught up with Althoff to ask what the Brazillian club scene is like, and how life has changed since becoming a favoured artist of Davide Squillace.

Hi Althoff it’s nice to meet you, can you start by telling us how you first got in to electronic music?

Hey guys, first of all thanks for this interview! Since I was 12 I was very interested in music production and it was that early age when I first experimented with a couple of music making software programs. First I was into rap music and suddenly I started to realise that I was more interested in the instrumentals than the lyrics. I started producing beats more seriously at 15, but after some years I thought that my tracks didn’t feel complete without someone singing or rapping on top of it. By the time I was around 19 I started to go to more parties and got to know the underground electronic scene, and that type of production really inspired me. I started experimenting with house plus techno, then 2 years ago when I turned 21 decided to make the complete switch and stop making rap beats.

I personally discovered you via Davide Squillace’s label This And That, how did you first make contact with the guys at the label?

Around November last year I reached out to them by email with a track, then after some days they replied saying that the track was good, and they would like to listen to more of my work. I had just finished the track “Budva” that same week, at first I thought it was not a fit for the label, since I knew them as a more tech house oriented label, and that track is really melodic… but I gave it a shot anyway. To my surprise and excitement they really liked it, and released it is a part of their SSFW1 compilation in April of this year.

Your latest EP on This And That is a solo four track release, could you talk me through the process of putting it together, and any concepts that inspired you?

Yes, absolutely… I’ll talk a bit about each track:

The title track “Uluwatu” is inspired by a place in Bali, Indonesia. It’s a rocky landscape that is home to a temple, and an amazing place that I visited… once you go there it’s very reflexive and contemplative. The first thing I created for this track was its characteristic hang drum melody. I wanted the drums to be really knocking so I focused on the drum and melody, only adding a few other elements to complete it.

“Lost Paradise” was a project I started a couple of years ago. I felt the idea had lots of potential, but at that time I was not ready yet to finish it with the quality I wanted. The original project has me singing some lyrics during the break, but I’m not ready yet to sing on tracks that will be made publicly available, so in the end I decided just to use some chops of my vocals with effects. This year I finally felt like I was ready to finish it, so I added some of the elements that I was using in some of my more recent projects to make it consistent with the style I’m currently refining.

“San Pedro” was a track made to be more fun and less serious than the others on the EP. Sometimes I feel like my tracks are always very deep, and I want to show another side of my creativity. It’s built around the snare drums playing a very Brazilian rhythm, which is also another thing I’m trying to do, as I like using my home country’s references and influences.

“Mount Olympus” is all about the feeling of being on the top of a mountain, which symbolises the success of reaching a goal, and also a place to meditate far away from the rush of city life.

You mentioned being from Brazil, do you still live there, and what’s the countries club scene like?

I’m from Curitiba, a big city in the South of Brazil. I still live here, but I’ve also had a couple of experiences living abroad. The country is huge so it’s hard to get to know all of it, and keep up with the national scene on a whole. Speaking more about the states that surround me, we have quite a big scene with world renowned clubs such as Warung and D-Edge, and also many underground parties. In my city we have a growing underground scene that is always getting stronger with many collectives of artists doing great initiatives.

Apart from yourself could you recommend a couple of other Brazilian artists who we should be checking out?

In general definitely keep an eye on Plano B Records, but specially its boss Art In Motion who has done an amazing remix of my track “Savana”. Also check out a duo called Mumbaata that is getting very big with their live act, as they also have some strong releases on big labels such as Get Physical. Soon I will be collaborating with one of its members Pedro Poyart and that’s expected to come out in the next few months. It’s hard to mention just a couple with so much good stuff around, but a few more I’ll also mention are L_cio, Wilian, Kraupa, Flow & Zeo, as all of them make great tracks that I’ve been playing in my sets.

Aside from This And That, what other labels are you currently working with, and do you have any new releases lined up?

My last couple of releases have been with OMENI and Plano B.

OMENI, formerly known as Rancido Music, is owned by Rancido (aka KONDRE), who got in touch with me after discovering my track “Budva” on This And That. He asked if I’d like to release something with him, and I already knew and admired his work so it was a no-brainer decision. I spent the next couple of months creating the two track Luxur EP released via his label, and that turned out really good. One of them recently received support from Themba whose another artist I have great respect for.

Plano B is one of my favorite labels from Brazil and I reached out to them with a demo that unfortunately wasn’t used by them, but they where impressed with my sound and that started the connection between me and their team. “Ranu Kao” which is one of the tracks of my eventual EP with them reached 34 on the Afro House chart on Beatport, and it received DJ support from big names such as Bebetta and German Brigante.

Soonyku can also expect some remixes from me on Plano B and Russian label called Spaghetti Monster. To close the year I also have a couple of singles on Brazilian labels Compacto and Paunchy.

Outside of music what other interests do you have, and do they have any influence on your sound in any way?

I have a big interest in visual arts as well as music. I still want to develop my skills in that field, but for now I’ll leave that for later in my life to keep focusing on reaching my goals in music.

I also studied computer engineering at university, and that helped me get to know a bit more about what’s under the hood of most of the hardware and software I use when making music. As interesting as that is, I don’t think it influences my sound because I believe you can be a great driver without knowing how your car or was made, many great artists have no idea on how their equipment was made.

What influences my sounds most is usually the music I listen to at the events I go.

Before we wrap things up, do you have any forthcoming gigs or anything else you want to mention?

As we speak right now, I do have a gig at a new club in my hometown called Horus that I’m really looking forward to, and later in October I also have my second gig playing in live act format instead of DJing. This is a format I’ve been experimenting with for sometime, but only recently I managed to have a full setup to perform in a club, but I’m still adapting and experimenting to find the best way of being able to fully express myself.

Thanks for the chat!!! 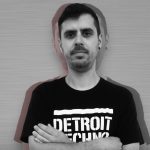 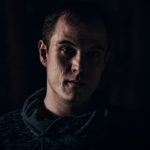