Canadian artist Weska is a rising star of the global techno scene following his releases on influential labels like Drumcode, Filth On Acid and Cocoon.

Weska suffers from Attention Deficit Hyperactivity Disorder (ADHD), but this hasn’t stumped his drive to share his exceptional music with the world. We caught up with him to ask him how ADHD has affected his life, and what influence it has on his creativity?

Weska: “Well to start it’s taken me about 4 days to write this article as I keep forgetting to put a reminder in my phone, and then if I do remember I forget to actually write it!
But honestly, I’ve learnt how to love having ADHD. It’s defined me and made me who I am.

When I was first diagnosed as a teenager, I was prescribed medication which I took for most of my academic life, and I found it really helped me focus. The problem with the medication was that it turned me into a robot. I tried all of the ones they have on the market including Aderall, Concerta, Vyvanze (the last which I found to be the best) but it the end they all controlled me far more than I was comfortable with. I would get my work done, but I would become less me – less social, less enthusiastic, zero appetite, and just very introverted; I felt restricted and uncreative.

Now in my early adulthood, I leave it untreated, and it’s hard at times. I struggle with it all day, as I’m sure many of my colleagues and friends have noticed too, but for some reason I’m able to focus so hard on music, it’s crazy. I feel like I go into some type of hyper focus mode. So much so that I can have an 8-hour session, locked in and focused. I’m always jumping back and forth between an idea and different instruments, tweaking a drum or writing a melody twisting a knob or moving a fader, but that’s something that won’t change.

ADHD IS my creativity in a way. My primary focus during a session is one thing; making music. However, at the same time it’s also doing so many different actions and motions and clicks, maybe this is why I can focus for so long. Or maybe it’s because I just genuinely love music so much, and it defines me, so it’s less affected?

It would be interesting to take some medication for a month and see how productive I am with music, a self-experiment perhaps. But yeah, ADHD has probably had the biggest impact on my life, and I’m happy that it’s found its own way of working in and around my creativity.” 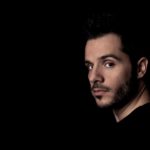 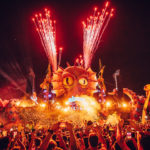