Popof is one of the most widely recognized names within the world of house and techno. A former member of the Parisian free party underground collective, ‘Heretik System’, Popof shares his thoughts on running his label.

Popof, thanks for joining us. What have you been up to these past few weeks?
I’ve been busy playing a bit everywhere. Panoramas festival in Morlaix, France, and Hibernation festival in Andorra were particularly amazing; the crowd and the vibe were perfect. Release-wise, my track “One Two” taken from my EP “President” (Form Music) was selected by Lee Foss’ label, Repopulate Mars, to be featured on their compilation “Repopulate Miami” which was released end of March.

We’ve been looking through some of your shows this year – you’ve been everywhere from Germany to Dubai, any stand out moments from the year thus far?

My tour in January in South America was fantastic and intense. It lasted one month and included performing at BPM festival in Mexico – you all have heard about it in the news -, as well as playing in Chile, Argentina and Mexico. Beautiful countries and beautiful people.

Let’s talk about FORM – I know you’ve got a label showcase in Argentina later this month, could you tell us a bit about the event? I couldn’t find too much online about it!

I’ve got fresh news for you: there will be two Form Music showcases in Argentina! The first one will take place at club Chocolate Mar del Plata on April 29th and will feature Animal & Me, Steka Mad & Pablo as well as myself. The second one will be at La Fabrica, Cordoba on April 30thand will also include my Animal & Me, Gera Barrera and I.

Could you please pick out a few of your favourite venues from around the world and also tell us where next you’d love to host a label showcase and why?

Each country has unique venues and events, such as AgeHa in Tokyo, State in Buenos Aires or DC10 in Ibiza. I’d love to host Form Music showcases around the world and that’s exactly what we are working on at the moment. Argentina aside, we’re intending to organise new showcases in France and Portugal.

We know FORM has a massive release upcoming from UMEK that also features remixes from yourself and Mar-T – could you tell us a bit more about it?

UMEK and I have a good relationship; a while ago he contacted me to submit a track. I found it so good I spontaneously asked to remix it! It was such a pleasure, and I am sure it was for Mar-T too.

We know ‘Shadow Tactics’ was originally released on a vinyl-only EP, was it always the plan to release this digitally as well or was it just too good to limit it to wax?

The vinyl-only EP, titled ‘Reformers’ is a selection of our favourite Form tracks from the past few months. All tracks have been or will be released in digital, but putting them together on a same EP is indeed a vinyl-only project.

We wanted to offer different versions of ‘Shadow Tactics’ on the digital release, and Mar-T and I jumped on board to remix it.

Many labels are releasing music on a weekly or bi-weekly basis to keep up with each other, meaning you could argue their audience have little time to really listen or digest a release before the next one drops. Being a label boss, we’d like to hear your thoughts regarding the current climate, do you feel more quality control is required or is it a good thing that it’s become easier to release music?

I don’t think releasing music on a weekly basis is a very good thing for independent labels. I think we need more than a week to promote a release properly. If you promote a new record every week, the risk is that you end up reaching less people, and it can get quickly forgotten.

We also don’t want the DJs to be drowning in our promo pool. I definitely recommend quality over quantity. The fact that it’s become easier to release music with the digital era doesn’t mean we have to release more.

What’s the best piece of advice you could offer an aspiring record label?

They will need lots of patience, lots of dedication and be truly passionate about music! Don’t focus on being successful, focus on doing what your guts tell you.

In another interview, you spoke of how the US presidential election “seeped into your work”, which lead to your releasing your ‘President EP’  last year. Are you working on any other projects inspired by current affairs?

For the time being no; I’ve had my share of elections, especially now with the circus currently going on in France! I do, however, have many exciting projects on the way. Form Music is preparing many exciting releases by talented artists such as Stefano Kosa, Juan Ddd & Celic, Felix Kröcher and System 2…I’m also working on a remix for OXIA and his partner Nicolas Masseyeff’s label Diversions Music, and my new EP is under preparation. In parallel, we’re working on other Form Music showcases … and getting ready to play some more. 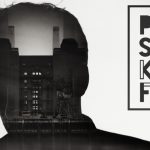 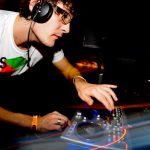