One of the underground’s most requested remixers and head of the Clarisse Records label, the ever-ready Mendo has well over 200 tracks to his name released over an almost 20 years period and has stamped his style across some of the best electronic music labels going.

Mendo is also a talented DJ who specialises in playing his sets on four-deck. A spinner since the age of 15 and the holder of a quintessential ‘music is life’ philosophy – this after inauspicious childhood inspiration was provided by acid house, new beat and anthems such as Technotronic’s ‘Pump Up The Jam’ – Mendo’s career from this point forward has thrived on the excitement “to produce a song, then play it in front of thousands of people and make them hysterical.”

Peers such as Marco Carola, Loco Dice, Luciano and Carl Cox are part of the Mendo fan club. His modifications for artists and label owners Steve Lawler, DJ Sneak, Nina Kraviz, Deadmau5, Yousef and Hot Since 82, mean his remix rating is unassailable.

A mainstay when it comes to traversing international dancefloors, Mendo has lit up the twin titans of Pacha and Ushuaia in Ibiza, and descended on Tokyo’s Womb, Berlin’s Panoramabar, NYC’s Cielo and D-Edge in Sao Paulo to make a major cross-continental impact. Normally fully booked for festival season as well, Mendo is up to his armpits in wristbands, having chalked up appearances at Spain’s Monegros Desert Festival, Hungary’s Balaton Sound and B My Lake, New York’s Electric Zoo, Budapest’s Cinematine, the Lovin Ibiza Festival at Space Ibiza, and Croatia’s Beachattack.

With a legacy of music behind him, Mendo is a true stalwart of the electronic music scene and here at Change Underground, we are excited to present this exclusive podcast. You can find Mendo’s tracks on Beatport from HERE 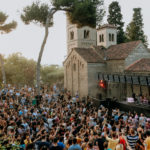 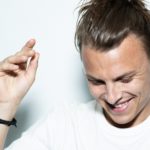