This Friday (August 28th), label boss and global DJ legend Carl Cox steps up to the decks once again, only this time to create a compelling mix comprising exclusively of Awesome Soundwave releases.

The release coincides with a special Awesome Soundwave stream with Mysteryland Festival on August 29, which includes a set from Carl.

Carl’s sets are renowned for diversity, innovation and his ever-present dance floor propulsion and this exclusive ASW set is further evidence of the irrepressible and exuberant nature of one of the world’s greatest DJs.

“When we started this label I wanted it to be about supporting live artists”, says Carl. “You know, the ones who are willing to explore new sounds and ideas from the ground up and then go out and play it all absolutely LIVE! I feel this is the way of the future, the excitement and rawness of a live set can’t be described in words. When you go to a party and see Saytek jamming with all the machines or Honeysmack set up IN THE MIDDLE OF THE DANCEFLOOR slamming the acid bangers out rapid fire it brings me back to the old days when there were no rules.”

“I felt it was a good time to release this mix as a document of where we are at right now, it shows the diversity of sound and talent we have already been supporting and it’s a nice personal record of how far the label has come already! and there is so much more to come!”

Originally recorded for the Awesome Soundwave LIVE series presented by Beatport as an online festival earlier in the year, Carl felt this set was a great reflection of the strength of the material released so far through his and partner Christopher Coe’s label.

This set is a celebration of how far ASW has come in the last two years and a signpost to even more exciting music ahead. With tracks from every artist who has released on ASW thus far, and presented by Carl in such an exciting and different way, it shows how musically diverse, uncompromising and interesting the label is. In a time when many labels are following the formula of releasing EPs from producer DJs, ASW stands alone in its quest to shine a light on artists who perform live and who have something more to say in their creative scope.

The fact that ASW insists on releasing albums in a time when everyone else is focussed on single EPs and single tracks shows the commitment this label has to giving the artist room for expression that goes beyond the dance floor. This is Carl’s vision, he didn’t want to start another DJ led label, he wanted to create something altogether more expansive and encompassing.

Check out the track listing below. 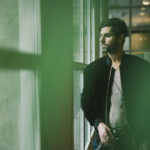 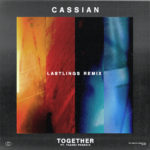