Australian electronic sibling duo Lastlings return with a new remix off the back of their latest stunning rework from RÜFÜS DU SOL. The pair have taken to the track “Together ft. Thandi Phoenix” from Rose Avenue label-mate and friend, Cassian. “Together” is featured on the Grammy-nominated producer’s summer debut album Laps.

Lastlings and Cassian have developed a close relationship since both signing to Rose Avenue and bridging the Australian music scene to fans around the world. Adding their own addictive flavor to the already vibrant track “Together”, Lastlings masterfully juxtapose the dark emotive undertones with the brighter vocals of Thandi Phoenix, giving it their signature moody ethereal spin. Lastlings describe the vibe of the track as finding the sweet spot between a “warm euphoric hug while also being full of dance-floor energy.”

Lastlings are known for their seamless fusion of pop sensibilities and tech-driven melodic electronic, often drawing on their Japanese heritage for lyrical and visual inspiration. Their recent single “Take My Hand” exudes musical precision and attention to detail that has captivated remix tastemakers like Totally Enormous Extinct Dinosaurs and Torren Foot.

Cassian has made a name for himself in the industry as a foundational mixing engineer for fellow Australian heavyweights like RÜFÜS DU SOL, Hayden James, What So Not, Crooked Colours, and more. Five years in the making, his first studio album Laps showcases the skillful sound design that he’s so lauded for. From start to finish, the album traverses Cassian’s robust career through the years, ranging from brooding melodies to resounding house synths and polished vocal features. 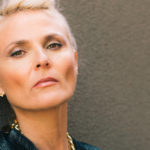