Andre Sobota returns to Proton to mark 5 years since the release of his ‘Outside’ EP on the label, with brand new updates of the three tracks on the EP.

I have this image of myself as someone who mostly likes ‘dark’ music; it’s not really clear – even to me – what that means, but some combination of moody atmospheres, poignant melodies, and hypnotic basslines. However, Andre Sobota keeps trashing this self-conception; his ‘Southern Sundance’ easily made my top ten tracks of 2014, and I’ve been listening to his recent ‘Signal’ a lot during the last few cold and dark weeks too. And now there’s ‘One Day Out’, which similarly leans towards the euphoric while still managing to push all of the right buttons for me. Insanely catchy and uplifting melodies meet propulsive basslines and Andre Sobota’s trademark springy percussion, and the overall effect is simply irresistible.

I was less sold on the new version of ‘Red Dust’. The growling bassline is meticulously programmed, and it works well with the vocals and other musical ideas in the track, but it’s a bit too ‘electro’ for my tastes – I preferred the final two minutes of the track, which invoked a simple offbeat bassline instead.

‘Unreal’ is heavier, with foundation-shaking percussion and bass parts, and wicked clipped stabs creating huge amounts of forward momentum. The spacey-prog sensibilities of the original give way here to brooding tech house, though occasional airy synths nicely lighten the mood at key points throughout. Clever, driving, and menacing – this is a must have.

This is an apt celebration of the 5 years of fantastic music that Andre Sobota has given us – I recommend buying a copy as both a thank you to him and a treat to yourself. 8.5/10 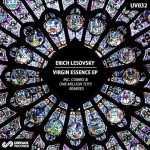 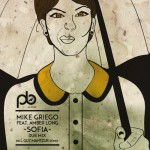