I absolutely loved Andre Sobota’s debut EP on the label, with ‘Southern Sundance’ remaining a firm favourite since its release a couple of years ago. ‘Can’t Remember’ is another bold, melodic picker-upper, with bright melodic themes and a chugging bassline timed slightly unusually over characteristically clean and high-impact percussion. ‘Jump’ sees Andre Sobota in a slightly different gear, at first at least, with a moody intro giving rise to a sawing 303 line that keeps shifting in intensity. It’s when the gently pulsing bassline emerges and begins to pull the track into a poignant chord sequence that we get a glimpse of Andre Sobota’s ambitions, and soon strong, retro-sounding synth themes dominate the track – though the acid makes sure it still has plenty of bite, particularly in the awesome sequence following the breakdown.

Kyubu keep managing to produce total winners, despite refusing to saturate the scene with releases or to compromise on experimentation. This release is a case in point, with Andre Sobota again serving up two musical treats – ‘Jump’ is the more distinctive and interesting of the two, but both rule pretty hard. 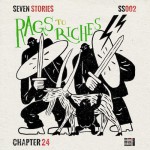 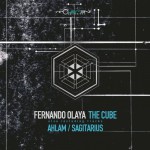