The 39th release on Mesmeric Records welcomes Andre Sobota back to the label for a brand new single. 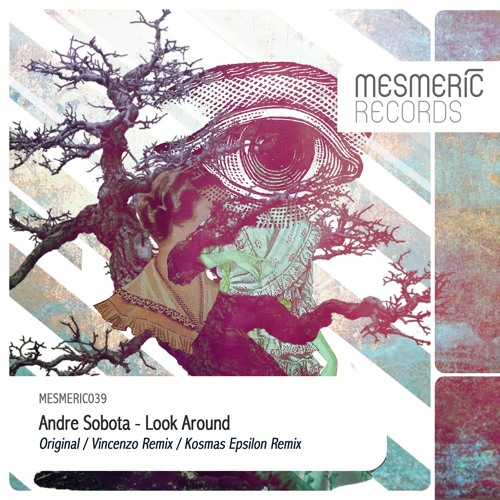 The Brazilian producer has been one of the Aussie imprints core artists over the course of its near 5 year existence, and now returns for his 10th overall appearance. ‘Look Around’ is Andre’s latest for Mesmeric and features remixes from Vincenzo and Kosmas.

For Andre, 2016 began with a 110 BPM electronica version of Silinder’s ‘Slow Emotion’, released courtesy of Proton Music. It was a side few have seen from the Brazilian artist and an inspired one as well. Prior to that it was one of 2015’s strongest melodic club records in ‘Circles’ for Zerothree. Backed by a remix from Canadian artist Eekkoo it enjoyed a long stay in Beatport’s Progressive House and Techno charts. On ‘Look Around’ we get another beautifully crafted club record, albeit a touch deeper than ‘Circles’, but equally if not more rewarding. From its dusty claps to cascading tones and kaleidoscopic keys, Andre’s design is once again something to marvel at. Even after several listens there’s something interesting to pull from it, which is rare these days. Although the vibe remains playful for the most part, there’s something deeply emotional locked inside this one and I suggest you all search it out. Beautiful work from Andre.

Both remixes included on the release offer really nice alternatives and complement the original really well. Firstly, Vincenzo returns for his second appearance having remixed Echomen’s ‘Unarmed Forces’ for the label in February of 2012. Known for releases on Anjunadeep and Steve Bug’s Dessous Recordings, the Italian artist has put his magical spin on ‘Look Around’. Keeping the up-tempo, vibrant nature of the original well intact, Vincenzo takes the progressive edge of the original off just a touch for a more straight forward tech-soul interpretation. A well crafted main break is sure to be magic on the floor and Andre’s ideas translate wonderfully here.

The release concludes with Kosmas making his debut on the label, although his long time (and loved) alter ego Kosmas Epsilon just had a reissue of his classic Viton & Stel ‘Wooden Swordz’ remix released on Mesmeric’s newly formed ‘Classic’ division. The Greek born, Mexico based artist closes the release out with a progressive tinged rework that carries a wonderful atmospheric storyboard. Kosmas’ big burly beats, cavernous groove and acid stabs are offset with a colourful top end of cosmic swirls and hazy motifs. The main tonal theme comes through it nicely though and brings the whole piece together with a lovely rhythmic cadence. It’s definitely the furthest departure from the original here and not only sits as a great complement for the more progressive minded DJ but closes the release out on a strong note. A gorgeous release from Mesmeric which keeps their resurgence charging forward. Highly Recommended. 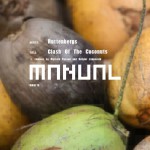 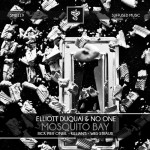