Wow. A year ago, microCastle released Andre Sobota’s ‘Surrounded By Time’ EP, which proved one of the labels most successful releases so far. The King Unique remix of ‘Time’ even managed to elbow its way into the Beatport progressive chart, despite not sounding like Rihanna accompanied by a hyperactive child with a drumkit and a chainsaw. For the label’s 30th release, Mitch Alexander has wisely turned things back over to Andre Sobota, with remixes from Henry Saiz, Electric Rescue, and 16 Bit Lolitas. I’ll say it again: wow.

From the opening growls of the lead track ‘Pulsatilla’ immediately working through their distinctive chord changes, you know this EP is going to be amazing. ‘Pulsatilla’ is everything melodic techno should be: distinctive, bold, exciting, and futuristic. The chugging bassline and crisp percussion provide just the right levels of forward momentum, while layers of glassy synths ensure that this’ll tickle your pleasure points, no matter how well you’ve hidden them. Absolutely glorious stuff from Andre Sobota, without a doubt.

I’ve been a bit unsure what to make of Henry Saiz recently. I was immediately taken with his work after being exposed to it on the final volume of Digweed’s Transitions albums, and I continued to be a big supporter through his monumental remix of Guy and his weird but wonderful Balance album. But if I’m being honest, his output in the past year or so, especially the material from his recent album, hasn’t worked for me at all, and so I wasn’t at all sure what I’d make of his take on ‘Pulsatilla’. I needn’t have worried; this is pure sunshine (and not in the visually-striking-but-ultimately-deeply-disappointing-Danny-Boyle-film sense). The main melody line from the original is transmuted into a catchy guitar-like riff that runs through most of the track, while gigantic chord changes, clipped, twisted vocal samples, and layers of strings sounds mesh together to deliver one of the year’s bright spots. Henry obviously set to make the most joyful, summery record he could, and he’s outdone himself with this effort.

‘Full Circle’ is my least favorite of the three Andre Sobota originals, though that’s only because of the company it’s keeping – it’s still fantastic. Even before the second minute is up, Sobota has built a huge sound, with skippy percussion and a buzzing bassline washed in a sea of shimmering synths, and a really strong lead melody making its presence felt periodically. This is another really well constructed track from Andre Sobota, with a lovely breakdown halfway through setting up the second half perfectly.

Electric Rescue is really hot property right now, particularly with the recent release of his album ‘Sonic Architecture’ on Bedrock, but I have to say his material has tended to leave me pretty cold. His remix of Andre’s ‘Full Circle’ is a case in point; given the quality of the source material, you’d expect more than some techy stabs punctuating a somewhat faceless techno workout, but that’s all we’re offered here. There’s nothing all that distinctive going on here, which feels like a missed opportunity; I’d have preferred to see the track taken on by a producer who can match Sobota in terms of ambition and imagination.

Finally, we have the melodic, moving gem ‘Lights’. A simple, gentle bassline and surprisingly feisty drums underwrite layers of hazy, melancholy melodies, which intensify periodically to give the track some emotional highpoints, before gradually winding down during the outro. It’s just beautiful.

16 Bit Lolitas handle remix duties on ‘Lights’, making a welcome return to the label after their terrific ‘Personal Space’ EP a few years back. They push the track along more of a deep house trajectory, dropping the tempo and wrapping everything in warm organ sounds. The focal point of the remix is the breakdown, which builds into a soaring climax, before the track gets right back down to business. I prefer Sobota’s original to the remix, but this is still awesome work from 16 Bit Lolitas.

microCastle and Andre Sobota are surely destined for chart success once again, but more importantly they’ve offered up a package that will lodge itself firmly in the hearts and heads of music-lovers for some time to come. If you’re remotely wired up like me in terms of musical taste, you’ll have to own this EP. If you’re not, this is yet another reminder of just what you’re missing out on. 9/10 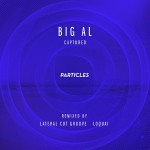 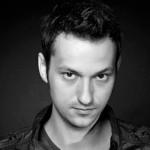