Peter Golyan, better known as Lank, talks to RELEASE about his musical inspirations, current projects, and whether the scene is heading in the right direction.

How did you get started making music, and what have been some of the milestones along the way to where you are now?

After several night-outs and mix-tapes I was driven by electronic music. I started to write songs that characterize me the best around Millennium. My first release was at Hungarian Strictly! Records back in 2003. Internationally, my musical career initiated at Boz Boz label in 2006, than – also here – 3 years later my first producer album followed. Around these years I got behind the decks to prove myself in live for those who already knew me and those who only would. In 2009 the Colourblock was founded with a release of an album. Last, but not least I created another alterego besides Lank, and Mortinaré was born.

Have you had any formal education in music or sound-production, or are these things you’ve had to pick up along the way?

Although I attended an elementary school specialized in art, I wasn’t really had an art faculty, or anything else. I improve myself through experience, constant learning and listening to a lot of music. It is more about following my instincts rather than a theoretical or technical way of enhancing. Naturally, I had my troubles, but I can say – I got along well.

While there’s definitely a core Lank sound, you seem to have really broad tastes in music. What kind of stuff do you listen to for inspiration?

According to music, I always tried to belong to somewhere and nowhere in the same time. If a new wave, style appears, I absorb the relevant musical and technical solutions and build them in to my new concepts. The most important inspiration is electronica for me, either from nowadays or from the 80s. Musical and organic depths and heights in tracks are my all time favorites.

It’s hard not to detect a real Vangelis-Bladerunner influence in your music, particularly in your Mortinaré electronica material, but also when you’re working as Lank. Do you think that’s a fair assessment, and if so, is his influence a conscious one?

Definitely Vangelis and his music had a great influence on my style in the early years , especially the fabulous soundtrack of Blade Runner. I have to admit, that Mortinaré was created to take part in the ambient soundtracks’ world.

You’ve been working on a second Lank album, to follow up 2009’s ‘No Sense of Direction’ on Quivver’s Boz Boz label. How’s that coming on? What can we expect from the album?

It was nearly 2 years ago, when I started to work on this album. It is not necessarily means the physical creation of the tracks, moreover the spiritual. In the past one year I rarely produced any tracks, especially because I wanted to change my former composition technics. Not strictly cut them off, but transform them and try to see producing from a new angle.  This and the limitation of myself was one of the hardest mental training of my career so far. Naturally, a bunch of ideas and demos are on the table already. A few months ago, I started to build up the character of the album.  After the emotional and extravagant mood of ‘No Sense of Direction’, I’d like to catch a more sensible, but fierce sound. If everything goes right it will be finished this year…

Do you have any plans for a sequel to the beautiful ‘Welcome to the Wormhole’, your debut album as Mortinaré?

My very next task after the new Lank album will be released! I adored to work on Wormhole. After the factory line-ish 4/4 drums, I felt that I am on a musical playground. No bounds, nothing that we expect from club music – real freedom. During the creation, I disconnected TV and Internet, and watched sci-fi films most of my time. I collected an enormous package of DVDs! On the side of many tracks I even wrote prologues about the everyday life of an imaginary anti-utopian humanity. I can’t wait to continue the work “with” Mortinaré!

The first time we started to compose music together was on simple friends’ night-out. After a 2-3 tracks, we decided to do it on purpose and make an album. We had known each other for a while then, so we were aware of everyone’s additional value in the common project. It made everything much more easier. It is definitely more amusing to go to studio with 2 friends instead of on your own – and so is more effective.

We influence each other a lot, simply because all of us has different taste of music. These occasions, everyone floods the other two with his  – this generates a lot of fun and learning in the same time.

Now, we are trying to involve a vocalist to our project. We would like to create a less club-oriented album, something more about songs and vocals.

Colourblock has also been doing some live shows recently. Can you tell us a bit about your setup for these shows, and what you aim to do as a group when you perform together?

We are about to perform together in live. The thing to make music with other instruments on stage is the most exciting event in the past few years. The setup is mainly 50-50 % analogue and digital. In the center there is a notebook with Ableton and controllers, within there are tracks cut into parts and MIDI events. The lasts are driven by a sound module and a drum-machine, driving them through effect units. With another analogue synthesizer and sampler we generate additional effects.

You recently posted that you’d had some input on an album by ‘prog-metal’ band Corrodal from your home town Salgótarján. How did that come about, and can you say a bit about your involvement? Would you like to do more of this kind of work outside of electronic music?

I know guys from the band since childhood, so the connection was given. One evening in a pub, they mentioned that they wanted to bring more electronica into their next album coming up – so I certainly helped them. They showed me 6-7 demos, and explained what they needed. We recorded it within a day. I played up ambient fill-ins, chords and effects, then they mixed it with their own music – so a totally exciting hybrid was born.

I am really impressed by walking through styles different from mine, so these requests are more than welcome!

You’ve now done two amazing EPs with Cid Inc. for microCastle. Do you guys have any plans to work together again?

Definitely! We created the first EP on request, than the second followed due to our first child’s success. Now we are working on the third. It can easily turn into a yearly appearance with the label. I would vote yes, so as Henri I guess!

How long have you been based in Budapest, and what’s the scene like there at the moment?

This is my 9th year in Budapest. The local scene follows western-european trends due to smaller and bigger organizer teams, who define a great underground commune here.

What are the really pressing challenges facing the industry at the moment? What would you like to see changed?

I really getting overwhelmed by dissatisfied people’s crying, that the scene is heading a wrong way. Try to see the glass half full, rather than half empty, then the future will be brighter too!

Can you tell us a bit about your future plans?

Firstly, I would finish my new album this year. Besides I have found a new challenge in playing live, and would organize a production for my own – maybe with a tour involved. 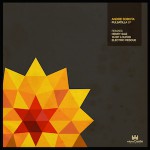 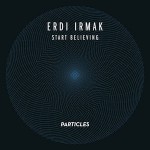