Andre Sobota has been a regular feature on Proton over the past five years, but his latest track ‘Signal’ marks his first original track on the label since 2010’s ‘Unreal’.

‘Signal’ kicks off with rising, urgent ripples before laying down characteristically springy percussion, a wicked bassline, and gleefully over the top synth melodies. The bassline and chord sequences reminded me a lot of Andre Sobota’s excellent remix of Navid Mehr’s ‘1984’ this time last year, but in terms of mood, the track’s closer to his recent ‘Southern Sundance’ on Kyubu (still my go-to record if I need a mood-lift), with the main breakdown introducing an almost 80s-sounding hook, leading to a ridiculously energetic and exuberant second half.

If you’re looking for a trace of darkness or cynicism, or a record to reflect the increasingly grim weather outside, avoid this at all costs. But if you’re willing to suspend disbelief and let Andre Sobota tamper with your pleasure-centres once again, you’ll find a chunky rainbow of a tune in ‘Signal’. It’s brash and over the top for sure, but it’s also fun, propulsive, and emotive, and it’ll no doubt provide the basis for some cool remixes in 2015. 8/10 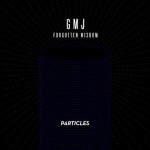 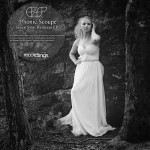