Hot on the heels of their debut album ‘Seven Sins’, Phonic Scoupe return to Stripped for a EP of remixes from some of the scene’s heavy-hitters: DNYO, Cid Inc., Antrim, Rich Curtis, Sonic Union, Ewan Rill, and Chris Fortier.

DNYO takes on one of the most powerful tracks on the album, ‘Anathema’, giving it his trademark future-funk twist, driven by raw, menacing basslines.

Cid Inc.’s version of ‘Lust’ will probably already be familiar to most, having appeared on the single last month. Here he turns Phonic Scoupe’s chunky progger into a minimal, rolling groove, which created quite a stir on its release. It’s a bit on the stripped-back side for my tastes though, and I still prefer the original as a result.

Argentian producer Antrim gets his hands on ‘Anxiety’, which wasn’t one of my favourite tracks from ‘Seven Sins’. Antrim’s remix appears much more, though, with its hypnotic bassline, crisp percussion, and weird but compelling detuned synths, which give a fresh nod to the original’s melodies.

Rich Curtis has already given us two of the year’s best tracks, with both ‘Freeloader’ and ‘Latitude End’ still constant companions of mine, as well as delivering a number of other excellent tracks and remixes, including a huge remix of Progress Inn for Stripped earlier this year. His remix of ‘Treason’ here is my personal highlight on the EP, with its electrifying intro to its beautiful, icy sweeps, its deft use of Phonic Scoupe’s chiming melodies, and its atmospheric breakdown, which leads to some unexpected and deeply satisfying bass antics.

Next up, Sonic Union takes the reigns on ‘Anathema’, sticking a bit more closely to Phonic Scoupe’s original that DNYO does. The layered, growling bass work that takes centre stage towards the middle gives the track a similar flavour to his recent excellent remix of Oscar Vazquez on his own Lowbit imprint in places, though the original’s sirens and subtle hooks and melodies are used really effectively throughout, and they cohere to give the remix a compelling climax.

‘Revenge’ – one of the best moments on the album – is turned over to Stripped-regular Ewan Rill. I’ve really liked much of Ewan Rill’s output in the past (especially his last remix for the Stripped family), but this remix failed to grab me in the same way – much of the original’s energy seems to have been drained out, and it’s lovely, dreamy breakdown is mostly lost too, and the new ideas and sounds didn’t appeal to me nearly as much.

The EP ends where the album begins, with ‘Eagerness’. This time, though, it’s filtered through Chris Fortier, who sheds the original’s light touch for a heavy, techy stomp. The remix is minimal but powerful, and the use of Phonic Scoupe’s synths in the breakdown and second half both lightens the mood and gives the track a hypnotic lead.

I’d have like to have heard a new interpretation of the album’s closer ‘Grudge’, rather than two versions of ‘Anathema’. But that’s a very minor gripe with a very strong package of remixes of Phonic Scoupe’s album, with Rich Curtis, Sonic Union, and Chris Fortier’s contributions standing out. 8/10 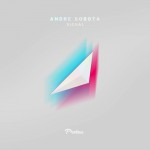 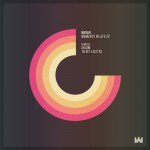