Today we catch up with super talented DJ Anna, who with smash hit releases from some of the biggest labels in the world; club and radio support from legends of the scene like Carl Cox, Christian Smith… bookings at all the world’s best events, we grab a moment in the globetrotting Brazilian DJ’s diary…

ANNA, as far as introductions to dance music go, having your father take you record shopping at 9 years old and being exposed to the best music from across the globe at such a young age must have instilled a deep passion. Can you tell us about your early years in Brazil?

Anna: I have some very strong memories from the New Years Eve parties at the club, I was about 5 years old, my mother would take me there to check out the celebrations at midnight and then take me back home right after. So I was introduced to the whole club atmosphere from a very early age. When we went shopping for records, I have to admit I used to get bored after listening to so much stuff, but I liked being there, it was fun, but it wasn’t really what got me into being a DJ. I was allowed to go to the club when I was around 14, but always under some supervision, it was at that time that I started to see DJs playing, only then I became very interested in becoming one myself.

ANNA, are there any artists in particular that inspired you during your early years to really dedicate your life to music? Was there a turning point where you decided a career in music was for you?

ANNA: Yes, DJ Marky – he was the first DJs to catch my attention, I was always watching him playing in the early 2000s, as he was always performing at my father’s club. I used to listen to his mix CDs constantly, but only a while after becoming a DJ did I realize that it was really something I wanted. I was living it every day all day long, I never got tired of researching and practicing and I always feel really comfortable when I’m in the DJ booth.

ANNA, like many others, you headed over to Europe to help give your career the boost it needed to take it to the next level. How did this experience change things for you? Just how important do you think this step is and do you have any tips for others who are thinking of doing the same thing?

Anna, I think it was really good for me, opened up my mind a lot. Brazil is very peculiar, if you focus here too much you lose track of what really matters and what is really going on in the rest of the world, as things are always totally different down here. It was also due to this experience of touring abroad, and getting to know different cultures, that I got interested in music production. I believe that if you want to take your career to the next level, you have to be performing in Europe. I’m currently living in Brazil, and travelling back and forth a lot, which makes things harder, but hey…that’s where it’s at!

ANNA, though continually growing, the Brazilian scene is somewhat outnumbered by commercial clubs/music but there is a clear push towards more underground sounds. Can you see a shift in peoples’ appreciations for quality music? Which Brazilian DJs or producers do you think are helping you lead the charge?

ANNA: I don’t think there will be many changes for a while, still. The underground has strength, but commercial music (EDM) is way bigger, and growing on a much larger scale, and it controls our whole market, as we don’t have so much space for so many different things going on at the same time. But we do have a very solid scene, there are some artists that have broken into the international market and are taking our flag around the globe – like Gui Boratto, Wehbba, HNQO, Fabø, Digitaria, DJ Marky – I might be leaving some others out, but these are definitely up there.

ANNA, you have made your mark across South America and Europe with your trademark groove driven techno and house sets that have become a favourite amongst punters. What do you think makes a great DJ set? What do you try and deliver when you step up to the decks?

ANNA: When I’m preparing my playlists I’m thinking “would I be dancing to this tune if someone played it?”, if yes, then it goes in. I try to experiment when I go into a club to see what the dancefloor is like, what they respond to the most. I think that a good DJ is not the one who plays whatever they want and looks down at the decks, you have to feel the audience and communicate with them, both you and the crowd need to be having a good experience, when the connection happens magical things can come up.

Q. For those studio nerds amongst our readers, can you give us any insight into what your favourite studio tools are? Do you take a set up with you on the road or do you prefer to write music in your home studio?

A. I can talk a little bit about what I’m currently using in the studio, I just got 2 new synths – the Arturia Microbrute and the Korg Volca Bass – and I’m loving them! I really like the Access Virus, and on the plug-in front, I use Diva a lot, and for processing I often go for the Soundtoys bundle and the UAD ones too.

Q. As well as huge releases on labels like Toolroom and Kraftek, you have formed a close affiliation with Christian Smith’s Tronic label from fairly early on. How did this bond with one of the biggest labels in techno form?

ANNA: Wehbba, my husband, was the one that hooked me up. He was working with Tronic a lot and then I asked him to submit 2 tracks I had made for Christian. I didn’t really know him that well back then, so when he signed the tracks I was super excited. The EP was called “Behind The Groove”, the sales were not that big but it got a lot of great feedback from big DJs, and from then on I managed to establish a very good relationship with the label. Christian always reminds me to send him stuff whenever I disappear for a while, and he was the one who suggested that I should work on an album this year.

ANNA, Looking through your releases, although predominantly tech house and techno, you also seem to push the boundaries with your productions including collaborations with other artists, vocalists and even some chill out releases. Do you enjoy setting yourself challenges musically? Do you think your diverse taste drives your ambition?

ANNA: those chill out releases are not mine, Beatport put them on my page by mistake, we tried to sort it out but they just won’t fix it, so those tracks are still up there! I like to do whatever I feel like doing, I don’t agree with being stuck in the same style, doing just one thing, if I like so many things and if I can do different things as well. Many people create aliases for this, but I don’t see a reason for me to do it so far, as I believe most of my output still kind of fits together.

ANNA, is there anyone that you’d love to jump in the studio and collaborate with, either from the electronic scene or beyond?

ANNA: Victor Snaith (aka Caribou), I am a huge fan of his.

ANNA, outside of the house and techno realm, what music do you listen to when you are trying to relax? When you have some time off, what do you like to do to unwind?

ANNA: I listen to electronic music most of the time, due to researching. I listen to a lot of bass music, like Rudimental, I love disco music, Samba, Brazilian music, even Rock, but what I listen to the most on my iPod right now are Rudimental and Disclosure as well.

ANNA, back on the release front, you have a whole bag of new tunes coming out on labels like Toolroom, Tronic and Kraftek. What tunes should punters being looking out for?

ANNA: “Six Figures” on Kraftek, Carl Cox made it the ‘Global Warmer’ on his radio show, and every time I play this one it goes very well.  Also, my remix for Sasch BBC on Great Stuff, which I just finished and I’m loving how it has turned out.

ANNA, with techno and house music reigning supreme once again there is a huge amount of quality music being released right now, who is inspiring you musically at the moment? Who is a go-to producer that you look to for big tunes for your sets?

ANNA: Ten Walls, Rodriguez Jr., Rosco Sledge, Rudimental, they inspire me a lot and are making incredible music. The producers I play the most are Wehbba, Paul C & Paolo Martini, Julian Jeweil, Hot Since 82, Velkro – these are some that just popped in my head.

ANNA; your upcoming roster is jam packed with no sign of slowing down. What are you looking forward to over the next year? Do you have any goals that you are aiming towards?

ANNA; I want to release my first album, I’m working hard on it, and there are a few labels that I’m looking forward to working with this year as well.

We wish you the best of luck in all your future dreams. Thank you for your time. Keep on kicking ass musically and grooving dancefloors globally! 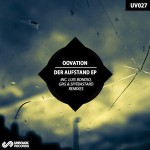 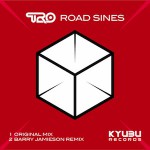