Navar, thanks for joining us today, tell us a bit about yourself, how old are you, where are you living and how long have you been producing music and DJing?

Navar: Hi thanks for having me here, I’m currently 30 yrs. young, I live in Leeuwarden (small city up in the north of Holland), I’m active ever since I was 15 but not knowing anything at all at that time. I remember the first time when I started to create some very small ideas, and moving forward slowly having some structure, later on the creation of some things that you feel like begins to expand her wings for the passion and the fun that I still remain as my main energy flow, not to think too deep when the music has to speak for itself. To actually play music I started I think when I was 19 yrs., back then I had the honor to learn some of the finesses of the ‘’DJ’’ stuff, as I had no idea then to just slowly develop myself with what I wanted to be associated with, slowly it developed, just as producing did, to something closer to my heart.

Navar: When I was 15, being fueled by the flow of original electronic music that has been played on radio or Vinyl’s/CD’s, music that brought people together share the power of this music all together. I got to listened to new music that my brother always shared with me, I was influenced by Trance music from the ‘’In Search Of Sunrise’’ albums to John Digweed his radio shows, loved the way storylines where always telling somethings you could refer to or find yourself in.

The name Navar is quite interesting, how did you eventually settle on that as an artist moniker?

Navar: When I began to search a fitting name I never really thought to be using just my own name, for my taste it had to be something else, a pseudonym that I could use as an outlet that reflects to what I like. What I personally think is special around this name is that it has more meanings, then I first thought. I heard it was in Persian, ‘’Cassette ‘’. And not to forget to mention about the logo I thought about, was in Israeli God letters the same as the style of my logo, coincidence?.’’

Tell us a bit about the scene in the Netherlands and more specifically progressive house there.

Navar: I think the scene here in Holland is very good, experienced some great moments. The scene here is very diverse as Progressive House is quite an understanding more than it ever has been. So going on forwards.

Navar: I love what Daniel van der Zwaag is doing at the moment, you can really feel when the artist writes music coming from the soul, a deeper meaning.

You’ve got a new release out this week on Belgium’s Edge. Tell us about the production process behind the tracks and how they ended up on the label.

Navar: It all started when I went to Bali with the time and inspiration i took with me back home.. After years later when i played in chord lines and over it the melody I felt a warm feeling thinking back about the good memories I had there. These 2 tracks symbolize the thought behind each end has new beginnings. With this very close remembrance that I unclouded into music, sometimes you finish music in 1 or 2 days. Some you finish and re fix very slowly for months/years. When I had these finished I shared with Eran (her after to be mentioned as Mr. Edge) what he thinks of it, I shared them a long time ago as we talked on he told me that he was planning to start a label and talked about if I would love to do the first release for EDGE.

How does it feel to be working with a brand new label like Edge and what is it about the imprint that makes you think it can be special going forward?

Navar: The tracks are quite special for me and it feels like the story inside them couldn’t be released anywhere else. Love being able to share & contribute to the vision what Edge stands for. I am very excited about this new label and I think it has a wide potential to become one of finest around.

Do you think the fact that you had a relatively clean slate in terms of releases before getting signed to Lost & Found and microCastle played a factor in their decisions?

Navar: Personally I think when there are too many releases right after each other and you release on those labels it can probably affect a top label’s perception of you, thinking that each release should get more attention is definitely the right way as they do, being selective and doing something unique is very important in this industry.

Do you think it’s right for certain labels or clubs to be very elitist in how they operate and who they choose to work with?

Navar: I strongly believe that labels or clubs should stick to their own taste and vision (whether that be broad or narrow) regarding their standards and to whom they want to be associated with. That’s not to say they are ‘elitist’ necessarily but they should develop into their own thing.

Navar: Since the trance period back in 2007 It was Armin Van Buuren, when I resettled my taste later on in 2012 I had the honor to receive a great support from Guy J, and to mention about his 1000 words album (not only to me) really began to secretly open the old trance mind more in to what I always loved but then in such a free way of understanding that helped allot to the road you want to go to. Remembering the moment of being supported or receiving great feedback or from listeners/audience that feel connection to it gives allot of energy in return, Such a special and fine feeling to hold on to where your dreams & visions can grow into a more rich shape.

Navar: Anything that I can cover/relate to or find myself in, tracks from Cid Inc., Dmitry Molosh, Guy J, Khen to name a few. Mixing these beauties with some of my new and old productions.

Navar: Loving the new L&F EP from Marino Canal. Very solid productions. Cid Inc. released a powerful Ep ‘’The Innocent’’ that came out on Armadillo records. And of course awaiting to listen to the new album from Chicola.

What can we expect to hear from you next?

Navar: Something coming up next for Nick Warren’s ‘The Soundgarden’ and two more projects on other labels which will be revealed soon. Looking forward to all of these pieces of me and life that we all discover & see trough different glasses.

Navar has new music out now on EDGE, you can purchase the release: here 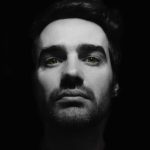 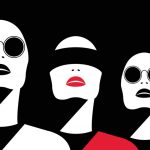