The latest release on Nikko.Z’s Dopamine Music welcomes Antrim to the label for his debut single. 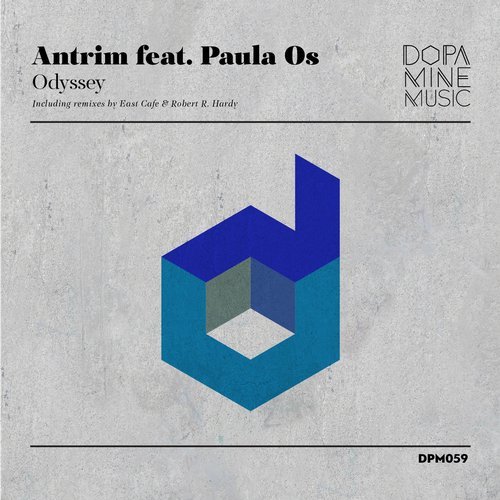 Hailing from Argentina, Guille Cornejo aka Antrim would have to be considered a veteran of his country’s burgeoning progressive house underground. The long time Hernan Cattaneo favourite has seen his music showcased on Asymmetric Recordings, Perspectives Digital and his own Or Two Strangers imprint. Now making his much anticipated Dopamine debut Antrim presents his latest single entitled ‘Odyssey’.

A master of many cross progressive genres here we see Antrim crafting a rare vocal record featuring Paula Os. Staggered beats, wispy wails and timely effects make for a great intro before a wall of sub bass carves out a deadly foundation. Hypnotic arps take the track further into dreamland as the vocal storyboard progresses. In more of an instrumental fashion Paula’s voice melds wonderfully with the melodious atmospheric surroundings. A short break brings a wave of tension before Antrim dials things back for the ultimate dance floor moment.

The interpretation of ‘Odyssey’ is provided by East Cafe who is making his third appearance on the label. Following a year with an abundance of support from Hernan Cattaneo the Hungarian artist has flourished with releases on ICONYC, Soundteller and Manual Music’s MNL division. All great artists have their own production hallmarks and East Cafe has certainly developed some of his own. His groovy brand of progressive house has worked wonders on ‘Odyssey’ and makes for a wonderful complement to the original. The Hungarian’s tough kicks and techno inspired framework open the track up tenfold with the vocals playing a much more prominent role. Icy pads bring impassioned moments along the way while acid-like lines take you deeper into the sonic cosmos. A gorgeous interpretation from East Cafe.

The final two interpretations are provided by Robert R. Hardy who is making his label debut. The Hungarian artist has been of 2016’s most prolific talents and yet the electronic underground can’t seem to get enough of his deep, atmospheric creations. Both Hernan Cattaneo and Guy J have been supporters of Robert’s work and he’s turned in two gorgeous interpretations of ‘Odyssey’. His ‘The First’ remix works on a more traditional approach with a deep, chugging groove and a floor friendly framework. Vocal gates trail through the mix as the full vocal eventually comes to prominence. Paula’s breathy wails are at their most emotive here and it makes for a wonderful seven minute journey. On Robert’s ‘The Second’ version we see a much deeper, dubbier and more poignant approach. A lazier groove complemented with ethereal gates and a hazy reprocess of the lead vocals make for a truly intoxicating environment. Ultimately it’s Robert’s melodic prowess which makes this truly stunning, with a captivating centrepiece and melancholic third act closing out not only the track but entire release on a splendid note. Another top shelf offering from Nikko.Z’s Dopamine Music that’s not to be missed. 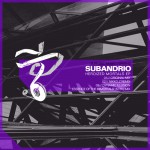