The latest release on Or Two Strangers finds label boss Antrim stepping back into the spotlight with a brand new single.

The Argentinean artist last appeared on his home imprint with ‘The Mystic Lovers’ and is fresh off an EP for Darin Epsilon’s Perspectives Digital to start the year. Now returning to Or Two Strangers, Antrim presents his latest single ‘Sabotaje’ alongside remixes from Dustin Nantais and Erdi Irmak.

Featuring the gorgeous vocals of Paula Os, Antrim crafts what might be the most dance floor savvy production of his career. Deep and groovy from the outset, the Argentine works in chunky rhythms, dark stabs and waves of effects while Paula’s haunting vocals drift through the framework. Cross cultural motifs bring further intrigue before a well-timed break shifts the mood to one of eerie tension. Sparse and engaging, the centrepiece moves the energy forward into a finale complemented with timely drops and a rolling rhythm you wish would never end.

The first interpretation of ‘Sabotaje’ is provided by Dustin Nantais who is making his first appearance on the label. The Canadian artist has a well kept discography which includes releases on Einmusika, Manual Music and Wide Angle Recordings. Now making his much anticipated Or Two Strangers debut Dustin delivers a stellar interpenetration of ‘Sabotaje’. With a lighter approach, uptempo groove and reworked vocal the Canadian brings an epic flair to the piece straight away. Bursting with ultrasonic energy, it’s layered beats, elastic-like hooks and emotive chord changes wrap around a charged rhythmic core, for an exhilarating seven minute journey. A monster remix from Dustin.

The release concludes with Erdi Irmak also making his first appearance on the label. The Turkish artist has been a mainstay of both the Manual Music and Movement Recordings rosters in recent years, where his unique take on progressive music has flourished. Now making his Or Two Strangers debut Erdi closes the release out with an excellent interpretation of ‘Sabotaje’. Beginning with a dark, pulsating framework and Paula’s breathy vocals the mix sets an ominous tone early. Bulbous bass tones and broken percussion ride into the first break as chord stabs lift the vibe into dreamy territory. An irresistible momentum flows through the first act, growing with each passing loop before a buzzing break sets up an intense third act finale. A big remix from Erdi which complements the previous two versions perfectly, rounding out another great offering from Antrim and Or Two Strangers. Don’t miss it. 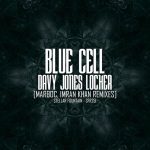 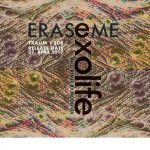