microCastle return for their 34th release, and they welcome back Evolution/Sasha/Mono Electric Orchestra/Circular Sounds legend Barry Jamieson for a reissue of 2004’s ‘Stars’, originally released under the name Invisible Inc. The release features the original and ambient versions, as well as remixes from heavy-hitters and label regulars Guy J and Charlie May (who turns in no fewer than three different versions).

Barry Jamieson’s original pits an unwavering, groovy bassline and spiky percussion against layer upon layer of drifting, sparkling, uplifting, and constantly evolving melodies. The track was originally recorded back in 2002, and it does feel a little of its time, but it’s immersive and haunting, and the moment when the bassline reestablishes itself towards the end of the breakdown is bound to induce some serious goosebumps.

Guy J gives the track a more modern, deep house spin. The first two and half minutes built a hypnotic cosmic-disco vibe, but it’s when those huge bass tones hit for the first time that you’ll know you’re properly hooked. After a short breakdown, Guy J introduces cascading melodies that interact beautifully with the bass, and then begins filling the spaces with Vangelis-inspired sounds. The result is a truly gorgeous record that will be loved by fans of deep and progressive house alike – it’s my pick of this release, and one of Guy J’s best remixes in a while.

Charlie May has long been a collaborator with Barry Jamieson, first as part of the team on the first two installments of Sasha’s Involver series, and later on the monumental ‘Homecoming’. His first version of ‘Stars’, his ‘Low-g remix’, is a gentle, spacey ambient number. The remix clocks in at ten minutes, and it’s a rather meandering journey at times, but there are several moments of real beauty along the way, and its fluttering percussion gives it a little forward momentum at crucial moments.

May’s ‘Black Hole’ remix returns us squarely to the floor. What quickly stands out here is the incredible sound design and attention to detail, from the intricate hi-hat work to the rich bass sounds and the ever-shifting central, rippling hook, which offers a strong link back to Barry Jamieson’s original. Scattered fragments of some of the other melodies from the original tighten that bond, while a gentler, dreamier theme creeps in ever so often, adding a further touch of emotion just when it’s called for.

Closing out the trio of May versions, the ‘Black Hole Dub’ works some of the main elements of the remix over a churning, nastier bassline. Around halfway through, this version rather lost me, becoming increasing frantic and busy but without a really strong central idea to make it really compelling. I’ll be sticking to the main version of the remix.

Last but hardly least, we have Barry Jamieson’s own ambient version, which most people will know as the closing track from Sasha’s ‘New Emissions of Light and Sound’ score. Here the melodies are allowed to shine and the strings are allowed to soar, yielding a gloriously lovely six minutes of music.

This is a great release from microCastle, with Guy J’s remix providing my personal highlight, but Charlie May’s Black Hole remix and Barry Jamieson’s originals also offering much to love. 8.5/10 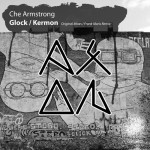 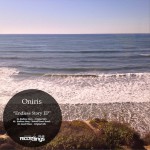