Toronto’s Biologik makes his debut on Inlab in style here with two new tracks, while Hungarian Tamas Skafar steps up on remix duties.

I’ve been a big fan of Biologik’s work ever since hearing his lovely track ‘Break My Heart’ a number of years ago. Since then he’s put out no fewer than three albums, while still finding time for a number of other fantastic releases, including his ‘Atoms’ EP on Lowbit last year – easily one of 2014 strongest releases, for my money. So when Biologik put up a post a while back saying that one of the best things he’d ever produced was coming up on Inlab, it suffices to say that I got a bit excited. ‘Remember’ is the track in question and as anticipated, it’s a real beauty. A buzzing bass part picks out the chord sequence, while sweeping melodies gradually come more and more into focus as the track progresses, wrapped in soft strings. As we were promised, this is glorious stuff.

Tamar Skafar’s name will be familiar to Inlab fans from his ‘A Walk in the Park EP’ last year. His interpretation of Biologik’s track is built around a nice hypnotic synth hook, a squelchy electro bass, hints of the original, and layers of orchestral sounds, including a brassy main theme and – for my money, the strongest aspect of the remix – really lovely strings. The remix isn’t really my sound, but despite that it definitely still left a favourable impression on me, with its somber yet uplifting string parts in particular hooking me in.

‘Tibet’ sees Biologik creating a considerably darker mood, with atmospheric pads and effects meeting a heavy rumbling bass, spooky wails, and the central twangy riff. Much of the power of the track comes from the interaction between that simple riff, the bassline, and a second, nastier bass growl that springs to the attack after the short first breakdown. The ideas on ‘Tibet’ aren’t as strong as on ‘Remember’, but it makes for a perfect counterpoint on the EP, and it’s easy to see why it’s found favour with DJ like Cid Inc. and Barry Jamieson.

Overall, this is a strong package from Biologik and Inlab, with Biologik’s own version of ‘Remember’ providing the real treat of the three tracks on offer. 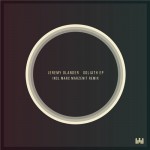 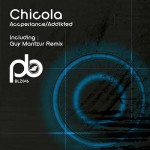