A new microCastle release is always something of an event, and this new three-track EP from Swedish producer Jeremy Olander is anything but an exception. To top things off, Marc Marzenit pulls out all the stops for a show-stopping remix of the title track.

‘Goliath’ kicks off with shuddering breakbeats, climbing acidic licks, and a bassline that absolutely bristles with bad attitude. A brief breakdown introduces some playful melodies, before the track unexpectedly body-checks the listener with crisp four-to-the-floor percussion and that bass, which now effortlessly flickers back and forth between hard-hitting and funky. The breakdown sees the breakbeats creating havoc again before giving way to sparkling, rippling synths that set up the drop, the bass powering up once more as simple but uplifting melodies shine through on top. ‘Goliath’ is just awesome; David doesn’t stand a chance this time.

Marc Marzenit remix of ‘Goliath’ loses the sense of fun that comes through on Jeremy Olander’s original, but it replaces it with something just as compelling; raw, brooding, unadulterated tension and menace. It’s the bassline that first grips your attention, but as the percussion gradually builds, a single note pierces through, ringing out like a warning. Just as the record gets going, Marzenit quickly reels the elements of the remix back, stripping things down to just the kickdrum and bass. What follows is a master-class in tension-building. Alfred Hitchcock pointed out that if a bomb goes off under a table unexpectedly in a movie, that’s a surprise, but if the audience can see the bomb without knowing when it’ll go off, that’s suspense. I won’t spoil things by telling you how long the suspense lasts here, but I can tell you that the explosion is well worth the wait. Outstanding work from Marc Marzenit.

‘Groover’ switches things up again, immediately living up to its name with richer percussion, topped off with techy sweeps, tuned percussion hooks, and subtle but excellent vocal work. The bassline livens things up further when it arrives, while gorgeously elastic melodies carry things into the breakdown. It’s here that the track suddenly switches gears, with the bass bringing the funk in a major way, and as the track’s melodies start to creep back in they dovetail perfectly with the new bassline – another superb bit of musical imagination and execution from Jeremy Olander.

Finally, ‘Bayhert’ is similar in structure and feel to ‘Goliath’, with its fluttering breaks and warped synths setting up a motoring bassline. This time round Jeremy Olander lets the breakbeats punch even when the housier rhythms are in play, and the 303 is properly set loose, the mood only lightened by the occasional scattering of pinball melodies. Of the two, I definitely prefer ‘Goliath’, but the energy on ‘Bayhert’ is terrific too.

I suspect this is going to be one of microCastle’s biggest releases so far, due both to the quality and the boundary-smashing power of what it offers. But despite three distinctive and imaginative originals from Jeremy Olander, it’s Marc Marzenit’s fantastic remix that’s left the biggest impression on me so far. 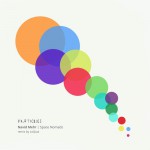 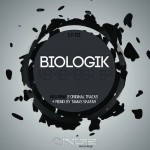