For anyone whose taste in house music was forged or influenced by the early wave of epic progressive house, the name Blue Amazon is legendary.

Originally a duo, James Reid left after the turn of the millennium to pursue other projects, while Lee Softly has continued to fly the flag. ‘Interpretations’ is designed to offer various different angles on Blue Amazon, seeing some of their best-loved classics given contemporary reworkings (from the likes of Silinder, In Progress, Hernan Cattaneo and Martin Garcia, to name a few), showcasing some of Blue Amazon’s remixes of other artists, and allowing another legend, Renaissance star Ian Ossia, to craft a 70-minute mix out of his pick of the tracks. In addition to Ossia’s mix, which I’ll focus on here, the digital edition of the release includes 11 remixes of or by Blue Amazon.

Blue Amazon’s Fire Trax remix of his own ‘Unite’ provides a fitting opening, boasting heavy stabs and wicked rolling bassline, and advancing a message of unification. But the moment that the listener finds out just how good a time their in for here is when the unmistakable vocal hook from ‘Four Seasons’ starts to drift in, setting up the new Silinder remix of this classic. Silinder’s long been one of my favourite producers, and here he ups the ante on his recent excellent remix of ‘No Other Love’, running a funkier bassline along side the original’s hypnotic pulses and teasing with glimpses of the vocal, before letting it soar after the breakdown to euphoric effect. This is wonderful stuff, and since it’s not included in the unmixed tracks, we have to hope that Blue Amazon has a release lined up sometime in the future.

Ossia has some fun playing with Silinder’s remix before letting the shuddering breaks of ‘The Lights Go Out’ explode into action. This track doesn’t fit much with my tastes, especially given its rap, but it works well enough in the flow of the mix. Blue Amazon’s remix of ‘Save Me’ from Atlantic Drift (feat. Angelic) takes us back into housier waters with a catchy bassline, touches of acid and a sweet vocal, and Ossia transitions this smoothly into a remix of Hernan Serrao vs. Dirty Rhythm Syndicate’s ‘Blue Moon’, which has a similar feel but swaps the vocals for some compelling rippling melodies, and which features a great trippy breakdown.

From there, it’s back to some updated classic Blue Amazon, with two recent remixes of 1996’s ‘No Other Love’ from Irish trio In Progress and from Argentinian progressive champions Hernan Cattaneo and Martin Garcia. In Progress float snippets of the original’s unforgettable vocals over an electro bassline and brooding pads, while the breakdown introduces an ‘Age of Love’-style hook that really lifts the second half (helped by smatterings of piano), and which nicely sets up Catteneo and Garcia’s chugging proggy take on the track.

‘The Fix’ introduces another huge rolling bassline, which Ossia expertly weaves over ‘No Other Love’, before the track’s own acid lines take full effect. This dead-ends nicely into another stab-fest, this time the Blue Amazon remix of ‘Live Your Life’ by Skyroom, which underpins the action with a solid bassline, before 2013’s ‘Don’t Be Afraid of Love’ lightens the mood with glassy, arpeggiated melodies and drifting female vocals, and adds a more retro feel to the mix with a supple bassline and the title refrain, building to a piano- and synth-laden climax.

A massive driving bassline picks up underneath ‘Don’t Be Afraid of Love’s melodies, heralding the arrival of Blue Amazon’s remix of Feed On Digital’s ‘Extraction’. This is initially quite dark and stripped back, but the massive chord changes that start up after the breakdown are pretty uplifting, and it winds up drenched in melody, providing the climax of the mix. Finally, Blue Amazon’s remix of Skyroom’s cover of ‘Stella’ closes things out, it’s growling bassline setting the scene for the track’s distinctive hook to deliver a final hands-in-the-air moment, though I must admit to missing the original’s sublime piano and guitar melodies.

Let me close with a word on Ian Ossia’s mix, which does a really terrific job of giving us a tour of Blue Amazon’s world. Throughout the transitions are well-thought through, musical, and exciting, while Ossia adds further atmosphere and texture with intriguing samples about wave/particle duality and a restrained but effective use of effects. Of course, this is what you’d hope for from such a well-established figure, but that’s not always what’s delivered; Ossia delivers. The album as a whole serves to demonstrate that Blue Amazon stands alongside producers like John Graham and Oliver Lieb who have managed both to fill everyone’s all-time favourites list and to stay inventive and relevant as the scene has shifted over the past 20 years. 8.5/10 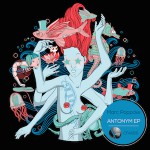 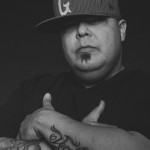