Change Underground and Aidan McGlynn present a new podcast series, which showcases some of the shining lights from today’s scene. Here he takes you through the tracks on this month’s mix.

‘Yogic Flying’ offers us low-tempo house bliss, with punchy percussion, a warm, fat bassline, and lazy but uplifting Balearic melodies, and it builds beautifully, with the chimes that take centre-stage halfway through proving a real highlight. At the end of Frozen, Olaf gets his own personal winter. Having ‘Yogic Flying’ in your headphones is like the converse – it’s your own personal slice of summer that you can enjoy whatever’s going on around you. What a absolute delight.

‘Rho Persei’ is richly musical, with funky guitar licks and twin basslines forming the core of the track and surprisingly somber melodies filling things out, while the latter third of the track adds in additional layers of glassy riffs and intricate flutters. The two versions of ‘Space Egg’, taken from the same EP, are even better, but this is the track that fitted best here.

This month’s mix has a different sound to usual – a bit less progressive house, and a bit more deep house/techno. A big part of the inspiration for taking things in a different direction was I wanted to be sure to fit this beautiful, liquid track from Japanese producer NMD in – from the smooth bassline to the driving synths, to the gently chiming melodies, this is just lovely.

A perfect blend of classic and more contemporary sounds, ‘Where Am I Now’ was tucked away at the end of a three track EP on Detroit label Motech. The piano is the main driving force throughout, but the intricate arrangements remind me of some of Vince Watson’s best work, which is never a bad thing.

The Other Side of the River’ starts off murky, techy, and percussive, with submerged pads and submarine pings creating a deep, aquatic atmosphere, before the main theme starts to wash gently over the track. But it’s only in the third minute of the track, when bright stabs begin to carry BOg’s central melodic ideas, that we get a sense of just how spacious and uplifting the track will be, and the subtle, chiming countermelodies that creep in during the final breakdown only add further texture and charm.

238W has quickly become one of my favourite labels over the past year, and this is monumental stuff from Jesse Oliver – the combination of the chunky bassline, those driving, shifting stabs, acidic touches, and the hypnotic vocal is really powerful, and I haven’t been able to stop listening to this one.

Jimmy Van M offers a dark, atmospheric trip on his version of this track, but what really caught my ear is the beautifully spacious breakdown that offers a few moments of peace before the bass and percussion reassert themselves – this is just the kind of quality we’ve come to expect from this legendary DJ and producer.

I’ve been a big fan of Mattias Lindblom’s work as part of Inkfish for years now, and I’ve been liking his recent stuff as Springa a lot too, with his ‘Introversion’ with Sapiens opening the third edition of this podcast. ‘Hold On’ is pretty unique, straddling the line between progressive house and more experimental techno sounds, with paranoid pianos and a pulsing bassline. Springa’s got a great new release with some awesome remixes about to drop on Suffused at the moment too – be sure to look out for that.

I’d already singled this remix from Marc DePulse out when gushing about his new track on Selador, and I couldn’t resist featuring it here – it’s a great remix, which uses the vocal really well and builds to some truly uplifting moments. I’ve worked in the rhythmic piano from Tim Engelhardt’s superb remix of Tom Peters here too – I’m not sure that this was a total success, but it adds some further depth and texture to things in places and works well with the vocals from ‘Affair’.

A taste of Sasha’s most recent masterpiece. I can’t stop listening to Scene Delete since it came out, and one of the absolute highlights – perhaps *the* highlight – is this gorgeous track graces with one of John Graham’s best ever vocals. I’d originally pictured this as a downtempo outro to the mix, but in the end I felt it would be more in keeping with the mood of the rest, and would offer a new perspective on the track, to keep the beats locked in place all the way until the end, letting the track provide a true finale. 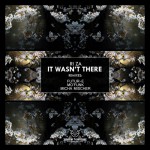 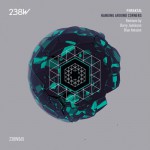