Axon are back with a great new track from Chris Richardson, ‘Tristitia’, flanked by remixes from Chris Johnson, Shai T, and Soba.

London-based producer Chris Richardson first came to my attention on 99percent’s Ten compilation from a couple of years ago, though he’s been steady building his reputation with a slow but steady stream of releases on the Stripped family. ‘Tristitia’ is amongst his best work yet, in my opinion. Opening with a gentle, sample-laden intro, the track soon drops into a pulsing, retro-sounding bassline which is echoed by a distorted synth as the beat drops for the first time. The rest of the track is a really compelling mix of that deeply funky bassline, glassy, interlocking synths, and thrilling waves of distortion, with the second-half of the track throwing in some additional delicate melodies to great effect. This is terrific stuff from Chris Richardson.

Chris Johnson has been a regular feature on Axon since his stunning remix of ‘Dexter’ early last year, and recent collaborations on Lowbit and Balkan Connection this year have seen him raise his game even higher this year. His version of Chris Richardson’s track is more squarely aimed at the dancefloor than the original, setting the scene with its vocal sample playing out over breathy pads and a heavy kick-drum, before massive bass tones add some welly underneath understated melodies and chiming pianos. The breakdown sees a really lovely hook added to the mix, which lends the track added charm and impetus in the second half.

Lowbit favourite Shai T turns in a predictably high-octane interpretation, which again uses the original’s vocal sample really well, this time working it over a sleek progressive groove. There’s terrific momentum behind this one, with drifting pads giving way to sharp stabs, and the original’s bassline making a welcome appearance during the breakdown before the remix takes off again. This one radiates both quality and energy.

Finally we have Soba, who provides a rolling proggy remix with a cool bassline, and a really nice breakdown boasting some additional great bass work and lovely little synth motifs.

Overall, this is another really nice release from Axon, with a deeply moody original from Chris Richardson, and particularly strong remixes from Chris Johnson and Shai T, with Johnson’s version providing my personal pick from the package. 8/10 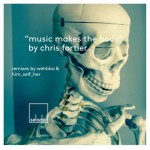 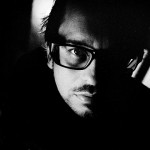