Way too many artists choose to play it safe in interviews these days; yet Tronic’s head honcho Christian Smith has always walked his own path. Here he serves up a much needed slice of truth and reality, that we’re glad is finally out there…

Hi Christian, great of you to join us.  Back in the 90s John Warwick (who was head honcho at Prime Distribution, which handled label management and distribution for the majority of the techno scene) infamously said there was no market for tech house back when Tronic was launched. Would it be right to say your label helped build the tech house scene?

Christian Smith: To a degree. I was living and studying in Washington DC at the time, and I started the label back in 1994. Around that time, there were not really any labels releasing housy techno music (back then, the term tech-house wasn’t coined yet) I do not know whether we helped build the scene, but at the time, I felt like we contributed a great deal to the movement in the USA and also bought to the forefront a lot of amazing and creative artists. Now of course, we are considered more a techno label, which we are – but I think it’s nice to have seen the progression and changes in the last 20 years within the music industry and also to see how we have adapted to the ever changing times.

We’ve talked to a lot of people around the industry and some scene seem to think the scene is starting to divide itself, because even though techno came from the underground – it’s totally mainstream now. What changes do you see coming and where do you think Tronic will position itself?

Everybody thinks they are better than the others. This goes for the so called underground artists that think they are too cool for school (even though many of them are just sheep and do it because its popular), and the many of the artists that sell out big rooms!

It’s pretty ridiculous when you think about it.

At the end of the day there is space for everybody, and I honestly feel that helping each other out gets everybody further than trying to be elitist.

Because we’re independent and underground, we’re seeing and saying things differently to the rest of the media. So I would like to get your opinions on the other challenges you feel the techno scene is facing today.

Christian Smith: I find it hard to come to terms with “commercial” techno and how people deem it commercial or not. We are all in the same industry, to do the same thing – which essentially is to make music we love, and hope that our fans love it too. But when a track gets a lot of love, plays and tops the charts – it then becomes or gets classified as commercial? I think we need to stop concentrating on putting everything into a box. Where is the fun in that?

Also, with the digital age we are in now it’s so sad that tracks have no life. Back in the day, if you have a good track which did well, it would be hot for 2-4 months. Now after 10 days it seems to vanish. People do not go out and buy vinyl’s, (well not everyone) and the use of the internet has made music and everything else in the world, at your finger tip in seconds (literally) The way we work now with everything online, and the sheer amount of music being released, unless you get a hit in the first few days – the chance is gone. So this is hard to adapt and learn how to work with to your advantage, you always must look to the future!

Gel Abril told us he felt success was earned through artists playing the social media game and less about the actual music. We know it’s 2017, so social media is here to stay plus it’s okay to like whoever you want; but I guess the frustration for some really talented artists is they’re being overlooked by many bookers, in favour of some artists who have become just a big marketing operation. Are you with him on that?

Christian Smith: Social media is a necessary evil. I’m a very busy person with my family, running Tronic, my weekly radio show, and of course the heavy touring. So when I have some free time it sucks that often it gets consumed with promoting events online etc. But if you are not active in those mediums, it’s hard to be known and inform your fans about you. Ricardo Villalobos is a guy I really envy. He doesn’t have any FB or twitter and doesn’t care. He recently even said in an interview that he tries to become ’less famous’! Of course him saying this has the opposite effect. But I’m not as famous as him so I still have to play ball.

What advice would you give to anyone trying to get a release on Tronic these days?

Christian Smith: My philosophy has always been rather simple. To release music that I like I am passionate about. I have also always been very open minded and very international when it comes to the music I sign. The music policy was always anything between house and techno. It can be mellow and groovy, and can also be hard peak time tracks. I have a label manager who collects all the demos for me, and I do take time once a week to go through them. I always try and give feedback where possible, as I know it’s a good thing for any budding producer to learn and improve with constructive criticism. However, we get so many demos now – I do find it impossible to get back to every single email.

As you know; C-U is a site that supports new talent. What if a demo is good but needs refining? And do you guys help with mixing and mastering?

Sometimes, we get tracks that are good, but not great yet and need work. I ask them to go back and have a play around with it and come back to me when they have made some edits. It’s down to the artist to mix and master their own tracks. They have to know how to do this, and how to apply feedback in the studio. Without that knowledge, they’ll never be able to find their own sound.

We’ve premiered the electro cut you made with Wehbba from your new album. I for one am loving this old school style coming back in fashion. Any plans to do more?

Christian Smith: This was a cool track to work on, and I think the album has a really nice selection of artists which each bring their own sound, from Harry Romero and his house grooves to Drunken Kong and their darker heavier techno. I really have always loved electro, and think that at the moment we are seeing more and more releases heading in that direction. I have just been working with John Selway in the studio on a new EP we have signed, and that’s got some serious electro vibes! I am really excited about it actually, it’s nice to change things up and go back to the old days.

So usually albums are a personal thing. What made you decide to go down the collaboration route?

Christian Smith: Well I have done a few solo albums now, and had my last one “Input-Ouput” in 2016. I just felt that this one should be something new, but not considered a compilation, more like and musical project or journey. It’s really special, because we have such a diverse selection of legendary, current and new artists.

I guess I shouldn’t ask and you probably won’t answer, but is there a favourite collab on there for you? And have you got any more plans to get back in the studio again with John Selway, just like old times?

Christian Smith: Yes, as you guessed that an impossible question. With this collaboration project, all of the tracks were done with each artist in their studio in their home country. So this lead me to travel to New York to work with Harry and then John, Tokyo with Drunken Kong, Wehbba in Barcelona and then Brazil with Victor Ruiz. It’s been a hectic few months, but all those special trips, means I simply cannot choose which was best. They all have their own elements, which I hope fans will appreciate when listening to the whole album together.

Yes, John and I had a blast. We have done so many tracks as you know in the past, and it was time for us to get some studio sessions in – we did the tracks for this album and also another brand new EP, very electro inspired, which will be coming out on Drumcode later this year.

Synergy is out now on Beatport. Grab a copy > here 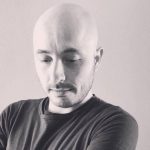 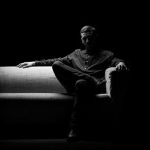