Michael & Levan and Stiven Rivic’s Mistique Music got 2013 off to a great start with Kay-D’s ‘Sagittarius’ EP and Relaunch’s ‘Two Minds’ album. The label continues on a great run this week with the release of Cut Knob’s ‘Deep As We Like’ single which comes with remixes from Matias Chilano and Hector Sawiak. The Columbian duo Cut Knob are returning to Mistique for their third appearance. BoomCardona and Diego Gómez aka Cut Knob first came to our attention a year ago when their debut single entitled ‘Behind The Secrets’ was released on Mistique. Since then the duo has gone on to appear on: Armada, Crossfade Sounds, LuPS, OLD SQL and more.

The ‘Deep As We Like’ original begins with a nice percussive vibe that comes with an elastic style bass line, an ominous atmospheric backdrop and some subtle vocal gates. The rolling energy rises quickly with a nice assortment of deep undertones and swirling sheets of soft noise. The track reaches an amazing atmospheric climax with the vortex of swirling sounds rising up around the framework which results in an amazing peak time finish to a superb production from Cut Knob.

The first remix comes from Hector Sawiak who is returning to Mistique for his seventh overall appearance here. The Argentinean producer finished 2012 really strong with great releases on Stellar Fountain, LuPS and Mistique. Hector’s done a fabulous job on his ‘Deep As We Like’ remix as he’s added a slightly funkier vibe while still maintaining the theme and integrity of the original. The added wobble Hector has added to the bass line enhances the groove nicely and the cavernous middle section is monumentally epic. Great stuff from Hector.

The final remix is supplied by the red hot Matias Chilano who is making his 10th appearance on Mistique here. After winning Sound Avenue’s remix contest earlier in 2012 Matias has been on an incredible run of productions that includes appearances on Crossfade Sounds, Soundteller, LuPS and also Mistique as well. He continues that here with an outstanding remix of ‘Deep As We Like’ which goes down as our favourite mix on the package. Matias has crafted a wonderful hypnotic groove that’s filled with dreamy atmospheres and sparkling electronics. The piece climaxes with haunting pads, panning vocal gates and long grainy sweeps all melding together for a wonderful sonic blur. Outstanding stuff from Matias and a top notch release from Mistique. 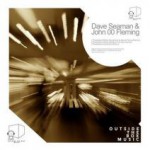 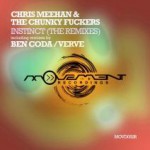