The 52nd release on Movement Recordings came in August of 2012 and saw a huge collaboration from the Chunky Fuckers production trio and Chris Meehan. Jayson & Adam Holden & Herc Kass aka The Chunky Fuckers and Chris put together an outstanding three track EP entitled ‘Instinct’ and now for the labels first release of 2013 we see new interpretations from Ben Coda and Verve.

UK producer Ben Coda last appeared on Movement with his remix of Enormous Dee’s ‘Horny’ from November of 2011 . Ben’s fan base has grown immensely since then with great productions for Tribal Vision, Mirabilis, Baroque and Shifty Disko; not to mention his Motek club night which has already hosted events with Slam, Max Cooper, My Favorite Robot, Mark Henning and Spektre. Ben’s provided a new interpretation of ‘Guided By Vices’ here and he’s delivered a perfect club update. Filled with tough beats, a momentous groove, infectious stabs and a grinding tension filled synth during the drop this is one production that’s tailor made for a big room and up for it crowd!

The second and final interpretation on the package comes from Kieran Krohn aka Verve who is making his first appearance e on Movement here. Kieran’s had some very strong releases this year on Stereo Paradise, Mirabilis, Micro Digital and Lowbit; he is also in the process of setting up his own label imprint which promises to be one of 2013’s best new labels. Kieran’s taken the title cut from the EP ‘Instinct’ and transformed it into an energetic, spacey, melodic gem. A well shaped, undulating groove sits at the foundation while a spacey , hypnotic line adds to the momentous drive of the track. The drop introduces a poignant set of soft keys that come with a lovely incandescent quality and subtle epic nature that should prove to be quite deadly on the dance floor. After a quick build the framework of the track reappears but with a new twist on the bass line which makes the second half of the record quite monumental. Certainly one of Kieran’s best productions to date! 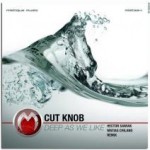 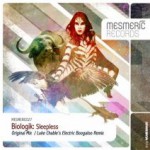