The 67th release on Nikko.Z’s Dopamine Music welcomes Da Luka to the label for his debut single.

Since his first release in 2013 the Albanian artist has become his country’s top progressive house talent. Releases on Balkan Connection, BCSA, Soundteller Records and most recently One Of A Kind have all been sensational. Now making his much anticipated debut on Dopamine Music Da Luka presents his latest single entitled ‘Chiron’ alongside remixes from G.Pal and Marcelo Vasami.

Da Luka has become loved for his smooth, timeless take on progressive house. Both Hernan Cattaneo and Nick Warren have chimed in with past support and his latest ‘Chiron’ looks to be his most sought after production to date. Beginning with warm beats and radiant atmospheres the piece slowly builds with dark stabs and paranoid hypnotics. Wispy hooks and buzzing synths add mightily to the groove before the main break brings a calm, emotive effect. Shifting the narrative, the centrepiece is a spacey delight and one which carries through to a cosmic finale. A stunning production from Da Luka.

The first interpretation of ‘Chiron’ is provided by G.Pal who is making his first appearance on Dopamine Music. His two decade long career has been highlighted with appearances on Bedrock, Ovum Recordings, Tronic, YoshiToshi and his own Swift Records imprint. Most recently G.Pal returned to YoshiToshi with his well received ‘Sleepless Nights’ single, released in August of last year. Now presenting first remix of 2017 the Greek artist takes ‘Chiron’ into deeper, more dance floor friendly territory. The ominous mood of the original is well maintained through dramatic tones and decayed effects while a strong rhythmic core provides boundless energy. The main break is one of many highlights with infectious acid lines, phasing vocals and a calculated build delivering both tension and exhilaration. A monster remix from G.Pal and one you’re likely to be hearing in a variety of sets in the coming months.

The second and final interpretation of ‘Chiron’ is provided by Marcelo Vasami who is returning to Dopamine Music for his second appearance. The Argentinean artist made his debut on the Greek imprint in May of 2015 with his ‘Destiny’ single. Subsequent appearances on Hernan Cattaneo’s Sudbeat Music and Nick Warren’s Hope Recordings have both been sensational. A consummate DJ, Marcelo remains one of Argentina’s most well travelled artists and now presenting just his second production of year he delivers a stunning interpretation of ‘Chiron’. Deep and devilish, the piece flows through a storyboard of hazy atmospheres, pulsating bass lines and an array of cosmic effects. Timely drum fills combined with clever transitions and thematic shifts make for an amazing first act. An ethereal break brings heart and soul to the electric moods before an expertly crafted build drops the groove in for what is sure to be a magic moment on the dance floor. An inspired remix from Marcelo rounding out another excellent release on Nikko.Z’s Dopamine Music. Highly Recommended. 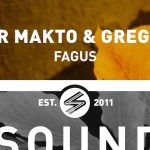 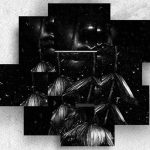