Originally released on Madloch’s ‘Sound Avenue 01’ CD compilation, it showcased the Hungarian duo at their absolute best, with a production highlighted by dark motifs, groovy bass lines and a mysterious vocal narrative. Physical copies arrived in March of 2015 with a full digital release coming shortly thereafter. Now seeing it’s official single release Sound Avenue calls upon Marcus Sur and Jelly For The Babies to reinvent the track for 2017.

Marcus Sur began his production career in 2008 with a string of releases on Traum’s tech house division Trapez. The German artist quickly earned praise from tastemaker DJs around the globe and productions for Moodmusic, Noir, UponYou Records, Manual Music and Steyoyoke quickly followed. Now making his much anticipated Sound Avenue debut Marcus puts his own unique spin on ‘Fagus’. Taking it into deeper territory, the rippling, rhythmic core of the original is well conveyed, but surrounding it is a warmer groove, astral effects and organic drums. Orchestral stabs lead nicely into the break where the sonic scope only grows as wispy atmospheres set a radiant backdrop. Spacey synths lift the mood before a tasteful drop brings the groove back with a wave of beats and drums. A gorgeous interpretation from Marcus.

The second and final interpretation of ‘Fagus’ is provided by Jelly For The Babies who is making his first appearance on Sound Avenue. The Serbian artist owns an extensive discography, highlighted by appearances on Beatfreak Recordings, Submarine Vibes and his own One Of A Kind and The Purr Music imprints. Now making his much anticipated Sound Avenue debut the highly touted deep house savant delivers a production full of warm grooves and emotive soundscapes. Luminous tones and fluttering atmospheres are offset with driving percussion and punchy beats, making for a smooth yet exhilarating journey. Timely chord changes shift the mood skyward before a meditative drop and spiritual third act seal it’s brilliance. An impressive Sound Avenue debut for the Serbian artist and perhaps his most sought after remix this year. Two marvellous updates on a timeless original making for another must have release on Madloch’s Sound Avenue imprint. Don’t miss it. 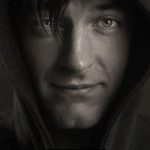 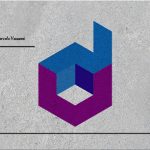