Lowbit are back with two progressive cuts from new Israeli duo Dar and Dor, who arrive on the scene hotly tipped by none other than Khen.

‘BluePop’ arrives with an arresting stabs and drifting pads, leading to a rumbling bassline and building hooks. The track’s main strength is its lovely chiming melodies, which aren’t revealed until a full four minutes in, but they interlock and unfold for most of the rest of the record.

‘Off Course’ navigates similar waters, with two basslines establishing the groove underneath gently rippling melodies, which really take over during the lengthy breakdown. I found the second half of the track more appealing, with new melodies dancing over an uncompromisingly deep and hypnotic sound. However, I couldn’t help but be rather frustrated by the long fade-out ending here, which I can’t imagine any DJ will thank Dar and Dor for (this is an issue on ‘BluePop’ too, though less so due to a better arrangement).

Listening to these two tracks, it’s hard not to be reminded of early progressive house – I mean that early Renaissance-style sound, found on records like Bedrock’s ‘Set in Stone’. That comes with both pluses and minuses. Both tracks can sound a tad dated at times, and neither has quite as much bite as I would have liked. On the plus side, the melodic ideas and arrangements are often really appealing, particularly on ‘BluePop’. It’s early days for Dar and Dor yet, and there’s definitely lots of promise on show here, but personally speaking I’d like to hear them realise their ideas better by developing a more modern and distinctive sound. 7/10 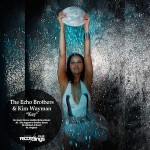 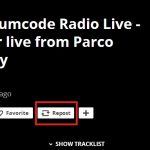