You’ve seen the rants in your newsfeed, when artists have received takedown notices for uploading their own material. You’ve heard no end of stories about DJs getting their accounts terminated for uploading mixes. You know that Soundcloud are locked in a rights battle because they don’t pay publishing royalties…

A lot of people moaned about the new version of Soundcloud (including myself) last year when it was launched. The smart ones out there embraced changed quickly and realised the coveted repost feature could put them in front of new audiences. It was a killer application that put Soundcloud head and shoulders above it’s competition…

…fast forward a year and a lot has changed. Mixcloud was acquired and the new owners straightened out the business. They decided to pay money to the publishing rights associations, which meant they could legally host DJs mixes, so they didn’t need to ban their users. Where on the other hand, Soundcloud have been pocketing all the cash they’ve been receiving from subscriptions and banning users left, right and centre.

It’s always been fashionable to moan about Soundcloud in some way or other, but now that Mixcloud have rolled out their own repost feature, I foresee DJs across the world sticking two fingers up at the Soundcloud possy once and for all.

In case you didn’t know: clicking Repost on any piece of Mixcloud content will make it appear at the top of your stream. So you can spread your content to a whole new audience, combine your content from multiple profiles, connect with similar Mixclouders and support each other. Or just be one of those accounts that shares loads of cool stuff and gets loads of followers, because people think you’re cool.

If you’re not doing it already – then it’s time to look embracing Mixcloud, because Soundcloud’s days look numbered (until they sort their stupid copyright policy out). 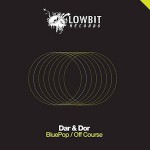 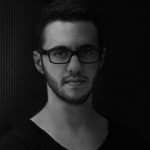