Swindon’s CHANEY follows up his acclaimed ’39 Times’ in style with the vibrant Italo and ‘80s electro infused ‘Little Bit More’ out now on Skint Records.

‘Little Bit More’ is full of swagger and groove, as CHANEY expertly crafts a twisted Italo disco cut with nods to ‘80s synth pop and new wave, demonstrating why he is set for big things in the coming months. 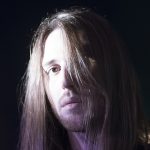 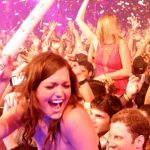