‘War of the Buttons’ sees David Young continue to build a name for himself as a solo artist, following his hugely fruitful run as part of a duo with Dibby Dougherty. This is his best yet, with skipping kicks and swelling, trippy harmonics which eventually crystalise into a compelling hook, while the breakdowns offset sweet drifting pads and spiky, sci-fi melodies.

Next up we have a very different version of David Young’s track, as label-boss Alex Nemec and Lowbit’s Sonic Union get in the studio together for the first time. After a slightly odd fade-in, the track gets going with a low-slung bassline, disco tinges, and a mysterious, chiming take on the original’s main hook. The highlight, though, is the fantastic middle section of the track where David Young’s melodies are given a more expansive sound, lending the remix a real sense of space while the bassline grooves away relentlessly underneath.

Not content with his outstanding release on Kyubu last week, Neil Browne turns in my pick of the bunch here – this just ticks all of the boxes for me. There are real shades of early James Holden here, as a cleverly-timed, hypnotic take on David Young’s hook rotates over a heavy, intensifying bass and fantastic percussion (just listen to the attention to detail in the hi-hats alone). Electrifying stabs carry the remix into the brief breakdown, before the track powers back to life, with Neil Browne subtly playing with the melody to add further splashes of emotion.

Great stuff from Mirabilis and David Young, with Neil Browne’s version managing to stand out for me despite the quality on show across the whole release. 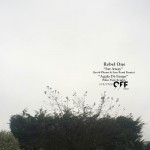 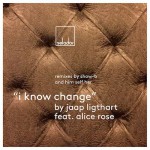