Derek Howell has been a mainstay of Proton for almost a decade now, and he’s back with two fantastic new tracks for the label.

‘One Way’ is a nice piece of progressive/techno crossover. Kicking off with tuned percussion and a rumbling bass, the main synth line first plays out a ‘Stella’-like swirl, before carrying the main melody over cool chord changes. The track builds to a busy climax with some retro synths, the first of two such climaxes in the track. But it’s the sequence in between them that really grabbed my attention; a wicked little vocal loops and some jazzy piano lines complement the chords perfectly, before Derek Howell gradually introduces the other elements of the track back in one by one, throwing in some acidic licks for good measure.

The B-side is ‘Interstellar Homecoming’, but don’t let the ‘B’ fool you; it’s the stronger of the two tracks, for my money. Hypnotic synths, retro drum fills, and a low-key bass sit below a plucked, arpeggiated hook, which morphs into a catchy melody as melancholy key-changes take centre-stage. A slight variation on this melody takes us into the breakdown, which clocks in at nearly three minutes. It should kill the track stone dead – but it doesn’t; the moment that the acidic pulses first begin to creep in under the melody is thrilling, and tensions are kept high throughout the build to the gleaming finale, which sees Derek Howell intricately playing both variants of the main melody off each other. This gets a huge thumbs up from me.

They say everything’s bigger in Texas, and Derek Howell certainly lives up to that reputation here, with two massive tracks. 8/10 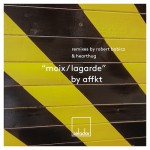 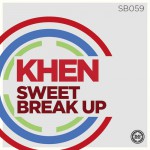