Selador is back with their 17th release, with two tracks from hotly-tipped Spanish producer Affkt, who has already created a stir with releases on the likes of Suara. Selador-fixture Robert Babicz and newcomer HearThuG provide the excellent remixes.

Affkt’s first cut here is ‘Moix’, it’s long intro serving up snarling bass tones and rippling motifs, which begin to spin and churn as beat kicks in, accompanied by some surprising key changes carried by the bassline. A lovely glassy hook carries us into the breakdown, which almost empties the track before the flurrying melodies swiftly pick things up again. This is fresh and forward-thinking, and it’s got masses of cross-over potential given its fusion of techno, house and progressive flavours.

Robert Babicz could probably rest on his laurels a bit, having recently delivered probably Selador’s finest release so far, but I’m glad that (as ever) he’s refused to do that. He offers us a predictably chunky interpretation of ‘Moix’ with crisp percussion and two basslines, one delivering the poignant chords of Affkt’s original and a more elastic sound that gives the track its welly. Meanwhile up top, he strips back the presence of the original’s main hook and plays up the more melodic elements, adding in his own beautiful chimes for good measure.

Affkt’s second track ‘Lagarde’ is a more industrial affair, with mechanical percussion rising out of a murky, bassy morass, and electric guitar powerchords and vocoded messages piercing through from time to time. It’s not really my kind of record, but it’s impossible not to appreciate the energy and rawness on display here.

HearThuG’s version of ‘Lagarde’ twists the track into a bleepy slice of paranoia, grounded by a relentless, hypnotic bassline. The remix really takes off just before the two-minute mark, with bold, abstract synth lines and some intense, intricately-programmed percussion, and throughout HearThuG assails the listeners with waves of fierce, growling noise. Awesome stuff.

This is yet another strong showing from the ever-excellent Selador stable, with the two remixes appealing to me slightly more that Affkt’s originals, and Robert Babicz’s version of ‘Moix’ stealing the show. 8/10 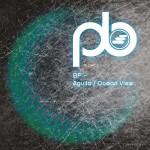 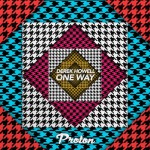