Brazilian Daniel Oliveira has become a Proton regular over the last year with his DNYO production guise. A manager of Proton label Konstrukt (with Tim Penner) and a 2012 that saw him launch into the stratosphere of global recognition, produced an original remix of Exoplanet’s “Your Sorrow Is My Despair” followed later in the year with the exceptional “Echo” EP. 2013 brought the full release of one half of that EP in the form of the “Roots”, featuring deep underground remixes from Dousk and Sezer Uysal. With a much anticipated, brand new EP to be released under the cryptic “Future Blending” title, Proton releases the second half of the “Echo” EP with “Fruits” remixes from two modern EDM goliaths, both also managers of hugely successful labels, Replug and Somebody’s Story.

Henri Hurtig is a man that requires no introduction to followers of Proton in all its guises. Responsible for the commercial mastering and engineering of so many releases in the Proton and Particles catalogues, his technical skills are unrivalled. It is however, under his production alias, Cid Inc. that Henri is best known and a tongue in cheek reference to his passion for early acid house. Since being named as one of Beatport’s Progressive House artists of 2009, the Cid Inc. production career has never looked back. With numerous fans including, John Digweed, Hernan Cattaneo and Henry Saiz for his work on Bedrock and Global Underground as Mashtronic and microcastle, Inkfish and Sudbeat as Cid Inc., over 300 Beatport production credits feature his name including almost 30 for his own Replug label, none better than the iconic “Cloudberries” in 2009. Applying his immaculate rhythmic sensibilities to “Fruits”, Henri has added another glittering jewel to his crown. A ticking house groove kicks off proceeding under a pounding beat before the vowel sounding cuts from DNYO spiky original can be heard in the developing smooth flow of rhythm and bass. As this bass line gradually unfolds through opened filters, a series of synth effects and pads puncture the higher frequency range to further accent the dominant groove as building in intensity to a climax in the final movement.

Russian, Igor Dyachenko, is another artist who has made the difficult transition to extremely successful label manager (via Somebody’s Story) through artists such as Petar Dundov and Scotty.A, while simultaneously producing under the moniker Igor Cold with considerable aplomb. Proclivities centred around the spheres of ‘atmospheric tech and progressive house’ have provided Igor with support from Aeron Aether, Greg Benz and Sonic Union and works signed to Stripped Digital, DAR and Balkan Connection. Igor’s work for Proton sister label, Particles, has also seen the release of the widely supported “Midnight Passenger” EP with remixes from Ioan Gamoa and Tuxedo. Turning his attentions to DNYO, the Igor Cold remix of “Fruits” once again makes exquisite use of the vocal pad textures of the original while applying a wonderfully melodic percussive groove through claves and wood block sounds to create an imaginative structure. A superb bass groove locks itself to the stuttering rhythm in the final movement to provide an approach and sound that is both innovative and impressive.

A duo of remixes from Cid Inc. and Igor Cold have seen the “Fruits” of DNYO’s labour blossomed from their very ‘roots’ into something truly exceptional. Both of these are deep tech-tinged, underground progressive groovers of the highest order. 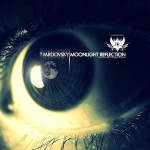 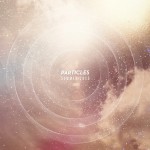