German outfit Afterglow have had an enviable release portfolio since the turn of the year with Kassey Voorn, Petar Dundov, Nick Stoynoff and Andre Sobota all featuring with either original or remix work for the label. Now Ukrainian wunderkind, Svatoslav Tvardovsky marks his debut for the Berlin based imprint with his brand new “Moonlight Reflection”, featuring a remix from long-time Afterglow contributor, Gai Barone.

Tvardovsky has led a charmed existence in the world of underground EDM since his first foray into the scene with releases on Code2 and Per-vurt. Quickly establishing himself as a technical expert of his craft, his production evolution has been nothing short of momentous. A regular on the Particles imprint with a score of tracks, Proton Music, Liquid Grooves and 99percentrecordings have all played host the Tvardovsky name on numerous occasions. Indeed it was with the latter that Tvardovsky released the hugely impressive “Stereo Paradise” compilation after months of A&R work. Not content with his own prolific output, Tvardovsky founded the Stereo Paradise imprint to push the unique sounds of renowned and upcoming producers with ‘deep bass and music for the soul’.

Master of the arpeggio, Tvardovsky’s “Moonlight Reflection” opens with a rippling sonic motif that provides the trademark backdrop for a barrage of high-powered pulsating pads to force their way in to the aural foreground aside reverb-drenched white-noise risers. Simultaneously a typically dynamic and emotive bass line, pounding kick drum and ticking groove provide the weaponry for a sure fire dance floor missile.

Italian Gai Barone bring his considerable skill set and unmistakable dance floor sensibilities to remix duties. Brought up on an eclectic mix of musical influences, Barone’s 150 Beatport production credits tell their own story about the Italian’s rise to prominence within an ever-changing industry. Armada, Black Hole and Hope have all played host the Gai Barone sound, earning him respect and support from industry heavyweights across the globe.

Taking on “Moonlight Reflection”, Barone has kept Tvardovsky’s arpeggio backdrop in tact but has cleverly shifted its key, and thus its overriding feel, to give it a darker, more pensive and ominous feel. Wending itself effortlessly over almost 10 minutes, subtle rhythmic textures build and fall by the wayside as the energy rises relentlessly. In a style reminiscent of the towering, ever-evolving works of Petar Dundov, Barone has created something very special here indeed.

Both tracks featured here are equally impressive. I’ve always been a big admirer of the Tvardovsky sound and “Moonlight Reflection” does nothing to diminish that view. Gai Barone’s remix is a revelation; a beautifully crafted meandering piece that merely illustrates that his considerable productions skills are full of verve musical sensitivity. Top marks. 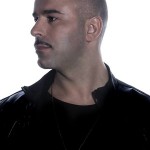 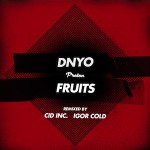