Despite only getting going in 2012, L3D brought us some of the musical highlights of 2013, with releases from Hells Kitchen, Inkfish and Michael A particularly standing out. For the label’s 14th release, they’ve brought in young Russian producers E-Spectro, a duo who have built their reputation by bringing their brand of melodic techno to the likes of ADRO, Stereo Paradise, DAR and Inlab. Remixes come from E-Spectro’s regular studio collaborators Hells Kitchen, and from man of the moment, Navar.

In terms of style and arrangement, E-Spectro’s original version of ‘Lost Tunnel’ will come as no surprise to fans of their work, with hazy synths soon accompanied by tight percussion and a pulsing, chord-shifting bass part. Snippets of the main melody start to creep in almost immediately, before it’s revealed in full effect during the first breakdown, topped off by some lovely chimes. The chimes take over briefly during the central breakdown, although the main melody swoops back in right before the drop. This is well constructed, and it’s carried by the really strong melodic ideas throughout.

Hells Kitchen lift the central melody right out of the original, but weave their own magic around it. Trippy metallic synths and skippy kickdrums kick things off, before the main theme rolls in and growling bass tones materialize underneath. What really sets it apart from the original are the gorgeous strings that provide the focal point of the breakdown before we’re carried more firmly into bleepy melodic techno territory, and which lift the track during the dreamy finale. This is really excellent stuff from Hells Kitchen.

Navar’s take on E-Spectro’s track is his first offering since his fantastic Found001 on Lost & Found last year. His remix gets off to a somewhat frustrating start, with two minutes of scuffling breakbeats and periodic sub-bass hits. It’s just not quite interesting or short enough to provide a good intro, but it’s slightly too involved to cleanly mix over most other records. When the kickdrum finally establishes itself, it comes with discordant chimes and a gentle weaving synth pattern. The long breakdown wraps the track in beautiful pads and chimes, and when the beat gets going again it’s joined by great bass tones. Another shorter breakdown sees these intensify before the track explodes into colour, with dizzying ripples of melody. I do think this remix might have been edited down a bit from its nearly ten minute runtime, but the payoff is undoubted incredibly sweet and satisfying, so it’s hard to complain too much. After such an amazing 2013, it’ll be interesting to see what he’s got in store for us this year; if this is anything to go by, there are going to be some treats along the way.

This is another great package from L3D, with a very nice original from E-Spectro and two even better remixes. I’ve been slightly favouring the Hells Kitchen version over the others, but Navar’s version is so close behind it hardly matters. Great stuff. 8/10 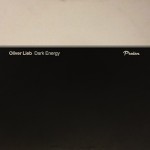 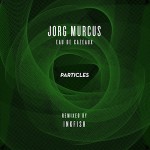