Inkfish turned in one of the outstanding remixes of 2013 with their take on Mehmet Akar’s ‘Does This Make Sense’, and their own track ‘Human Devolution’ on Parquet was one of my absolutely favourites of the year. So I was pretty excited to see them invited to take on both tracks from Jorg Murcus’s ‘Eau De Cazeaux’ EP, one of the highlights of Particles output in 2012.

Inkfish immediately start portioning the bleepy, beautiful melody from ‘Eau De Cazeaux’ over their remix, though it isn’t until the one minute mark that it’s allowed to emerge in all its glory. It’s joined by ethereal vocal snippets, and attention-grabbing metallic synths that give the remix a similar feel to Inkfish’s version of ‘Does This Make Sense’ mentioned above (though they’re actually lifted more or less straight from Jorg Murcus’s original – a sign perhaps of what a great choice Inkfish were to take on the track). Drifting countermelodies, a simple bassline, and snapping percussion complete the sound, and with the exception of one short sequence around two-thirds of the way in, that’s pretty much how the remix stays for its running time. If the melodies weren’t so gorgeous, so damn compelling, this might have led to the track being much too repetitive; fortunately, as it stands it’s utterly blissful.

Inkfish’s remix of B-side ‘Weltater’ gives it a more stripped-back, deep-house sounds, working organ stabs over a slinky bassline.  Things are kept very restrained until the main breakdown, where the retro-sounding synth lead from the original picks up. It’s a nice version of the track that will work well as a warm-up, though it definitely didn’t grab me the way that ‘Eau De Cazeaux’ did.

‘Eau De Cazeauz’ is the clear winner here, and it was an inspired move by Particles to bring in Inkfish to update the track and put their own stamp on it. 8/10 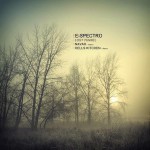 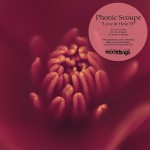