The 29th release on Just Movement welcomes Emi Galvan to the label for his debut single. 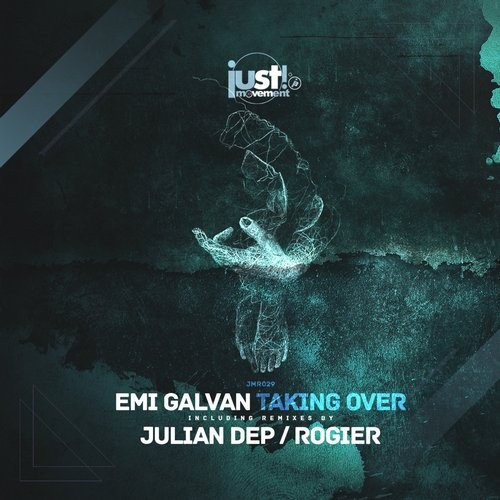 The Buenos Aires based artist has found a home on Clinique Recordings and Hydrogen where his sound deep, progressive sound has flourished. Forthcoming releases on 238W and Balkan Connection hold much promise for 2016, making him one of Argentina’s fastest rising talents. Now as the spring season begins Emi makes his much anticipated debut on Just Movement with ‘Taking Over’ alongside remixes from Julian Dep and Rogier.

The release begins the original mix which finds Emi crafting a deep and chunky progressive number. Led by bulbous bass stabs and phasing synths it strikes a big presence early. Tribalistic percussion and a storyboard of effects lead the track into the break where Emi presents a soulful motif along with distinctive ‘Taking Over’ vocal samples. It’s rugged, acidic underbelly builds sizeable tension before the kick does finally drop for what should be a magic moment on the dance floor. A smooth and exhilarating third act takes you just a notch higher for what results in one of Emi’s all time best productions.

The first interpretation of ‘Taking Over’ is provided by Julian Dep who is making his fifth appearance on Just Movement. Also based in Argentina, Julian has been one of his country’s most creative talents for the last several years having appeared on BCSA, Soundteller Records and Stellar Fountain. Always bringing fresh ideas to each and every project Julian once again turns in an inspired remix of ‘Taking Over’. It’s galloping groove immediately brings an energetic vibe while smooth chord changes delight the senses. Ringing tones add a vibrant flair as the main break approaches. Although brief, the tracks centrepiece transitions the piece into a more emotive third act destined for many great moments and all just in time for summer. Great remix from Julian.

The second and final interpretation of ‘Taking Over’ comes from Rogier who is making his 15th appearance on Just Movement. The Dutch artist and sometime studio partner of Stage Van H has been a mainstay of the Just Movement roster since the labels inception. With a pendant for all things deep, warm and groovy, Rogier has found his way into the hearts of many progressive house fans. His interpretation of ‘Taking Over’ is sure to earn him more as he’s closed the release out with another beauty. Beginning with a chugging groove, it’s low slung energy is immediately infectious as vocal snips trail through the framework. The main break proves to be a highlight with windswept atmospheres and delicate motifs creating a mystical vibe. Again the vocal elements bring their distinctive qualities before an unassuming build reignites the groove for a smooth conclusion that is fast becoming Rogier’s most loved production hallmark. A brilliant remix to round out another great offering from Just Movement. Don’t miss it. 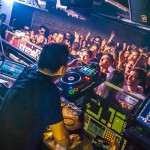