Defled might be familiar from their last appearance on the label, remixing Dibby Dougherty and David Young’s wonderful ‘The Black Smoke’. I wasn’t really keen on that remix, to be honest, but his take on ‘Berlin’s East Side Gallery’ appeals much much more. Defled drops the tempo below 100bpm and creates a little slow-motion psychedelic moment, with fluttering synths and drifting vocal samples floating over a pulsing bassline carrying a cool chord sequence. The low tempo means that even those who like it probably aren’t going to be able to fit it into their sets, but it makes for a interesting listen in its own right.

Beat Syndrome makes his debut on Stripped here, turning in a techy version with metallic pads and effects and bleeping motifs sitting on top of crisp drums and a menacing, chugging bassline. It’s a bit more floor-directed than the original, and it’s definitely punchy, though I couldn’t help but feel it lost the original’s trippiness and emotional hit in achieving that effect. Still, I can see a lot of tech/prog heads really taking to this version.

I usually really like Jelly for the Babies’s distinctive brand of deep-/progressive-house crossover, but I wasn’t entirely taken with his remix of Ezequiel Marotte. His low-key interpretation puts a warm, rising bassline at the forefront, and that works really well. However, I wasn’t so keen on the little hook that he layers on top throughout. I think that there was potential for a much stronger and melodically richer idea here, which would have better complemented the lovely bass part, and Jelly’s back catalogue provides ample evidence that he’s capable of those killer hooks. To me, this felt like a little bit of a missed opportunity.

My favourite of the new versions comes from Jean-Charles Savary, who follows up his ‘Logical Suite’ EP on Stripped Digital earlier this year by giving ‘Berlin’s East Side Gallery a melodic techno spin. After some cool percussive patterns in the first minute, Savary hits the listener with a searing acid bassline. Beautiful chimes and pads carry the remix into the breakdown, where the main, warped piano melody appears, wrapped in lovely strings and underpinned by a massive breakbeat. Finally the four-to-the-floor kick and the acid reassert themselves, before the track gently winds down. Weird but great stuff from Jean-Charles Savary here.

After two years and four new versions, it’s still Ezequiel Marotte’s original that shines most brightly here for me. But this is a release packed with interesting and distinctive takes on the track, and it’ll offer something to suit most tastes. This is a fitting way to close out another huge year for Stripped. 8/10 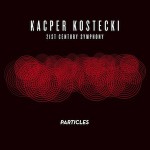 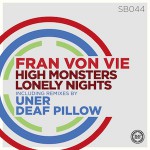