It’s a dicey business giving a track a title like ’21st Century Symphony’, since if it doesn’t come off you’ll end up looking really pretentious and arrogant. No such fate befalls Kacper Kostecki here though, since he really delivers the goods on this one.  Kicking off with some heavy kick-drum action, we’re quickly treated to a hazy, hypnotic synth line and a descending brassy motif. A brief breakdown sets up the main hit, a electrifying brew of massive, intensifying bass tones, somber strings, crisp percussion, and those omnipresent swirling synths. This is well-conceived and well-executed, and it manages to be in equal parts gorgeous, moving, and exciting. You can’t ask for much more than that – this is Kacper Kostecki’s best work so far.

‘Flashing Button’ turns up the acid, working an echoing ‘push the button for me’ refrain over some wicked 303 lines. As the acid heats up, some cool percussion and effects kick in and a gloomy but nice string melody creeps on top. It almost works, but unfortunately the vocal refrain starts to really clash with the rest of the track once the strings are in place. It just seems to be in the wrong key to compliment the other elements, and since it reappears throughout, sadly it spoiled things for me.

I also wasn’t keen on the final track, ‘LO(ve)-Fi’, though for less readily-idenitfiable reasons. The track offers up moody deep house, with heavy kicks and unnerving synths immediately setting the tone. A simple buzzing bassline and some weird filtered top-end percussion lend the track a distinctive sound, before it bursts into a jazzy piano hook. The breakdown intensifies the bass part while adding arpeggiated synth melodies which runs throughout the second half. As I say, it’s a very distinctive sounding record, but I can’t say it appealed to me; the atmosphere and main elements of the track just set me somewhat on edge, and it’s rather repetitive.

So I don’t really like either of the B-sides here, though I have to say there’s something refreshing about that. They’re *real* B-sides, like we used to get when music was delivered on vinyl or CD. Since the producer and label knew you had to buy the whole package to get the A-side, they saw the other tracks as a chance to experiment. In the download age, people can just cherry-pick from a package and so each track needs to have just about as much immediate appeal as the others. This has had a hugely homogenising effect on releases, with each track having to appeal equally to the artist’s or label’s core fans, and I’m not sure that’s been an altogether healthy development; some great tracks over the years have been weird B-sides that stretched the listener’s taste a little. So I’m inclined to applaud Kacper Kostecki and Particles for taking a bit of a risk here, even though I’m not convinced it’s really worked in this particular instance. In any case, the title track is just a knockout. 7/10 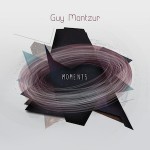 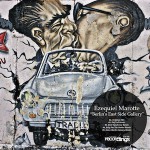