Also, to accompany the mix, we caught up with Fatima for an exclusive chat about her esteemed career, remixing DJ Pierre, her new Déjà vu event concept and much more….

Hello Fatima, welcome to Change-Underground. You’ve been DJing for nearly 2 decades so have a wealth of experience, what have been the most challenging and rewarding moments of your career so far?

Hi guys and thanks for having me. It’s true in May this year it’ll be 20 years of playing music; I’m so happy because I can do what I love in life and I think this is really important to be happy. To be honest I’ve had many good feelings with achievements and rewarding moments because most of them had come slowly and after a lot of hard work. I spent the first 10 years playing in my country and every month the places I was playing were with bigger distances. Then I had started to play in the nearest European countries and some years after this (after having playing in most of European cities) I started to play overseas, South America, Asia, and in the US is coming soon. So, every step forward was and is an achievement. Also, to be asked back to play somewhere again means the people liked my music and it worked.

You’re from Spain and grew up near Madrid. How would you describe how the Spanish techno scene has evolved over the years and how do you see it developing in the future?

In Spain we have a wild car, the people. They love Techno and this is a fact, so from more than 2 decades the amount of people going to Techno parties have been increasing every year and this makes the scene bigger, there are more promoters and also, they are much more professional, the same can be said with the artists too.

Also, the audience is more selective and they know what they want; good sound quality, decent venues and solid line ups. So, I’m totally convinced that we are in the good way with the people involved working in a good direction. Our problem is the absence of institutional support so it’s harder for us to be at a higher level such as Germany or the Netherlands.

03. You’ve recently remixed ACID by DJ Pierre, how did that collaboration come about and what was the remix process like in the studio?

It was very fluid and fast, when they told me if I wanted to be part of this special anniversary remix project of an epic track of a true live legend as DJ Pierre together with other big names like Carl Cox, Nastia, Chris Liebing or Dubfire, just to mention a few, of the 35 who collaborated was really nice and I was totally focused on what I want to do with it.

The original track is amazing, so my rework was fast, fluid and very funny. For me this was a good surprise as I’ve been stuck on other stuff for a while. After I’d finished working on it, I tested it out at a party and the people’s reaction was fire, then I realized it was ready to be sent. So, I’m expecting for the release of my remix very soon 🙂

I created it in Ableton live and one of the plug-ins I used was Ozone7 to give it maximum power.

04. We’ve heard you’ll be launching a new event concept called Déjà vu this summer, what can you tell us about this at the moment?

Hahaha. You have good info. To be honest I can’t reveal too many details but the idea is a brand where people can find rough and stomping Techno all night with DJs that I love all together happening in special locations and dates. Our first event will be during Off Week in Barcelona and a stage at a huge festival in Spain. I’m really excited for this.

05. You have gigs coming up in Portugal, Germany, Spain, Italy, France, Serbia, Netherlands, Slovenia and Romania amongst others. How do you manage to balance family life with a hectic tour schedule and what are your 5 tour essentials?

I live in a small village in the mountains, on the border of a forest; near to the airport but far enough away to listen only to birds and Deer :-). I have 2 cats and 2 dogs “again” (One passed away after nearly 16 years with me and this week I have adopted a new one). So, during the week my schedule is studio time combined with long walks with my pack on a place where I rarely meet people or cars. This is so relaxing and gives me the opportunity to enjoy every minute playing, travelling, discovering and meeting new amazing people during my gigs.

My 5 Tour essentials are:

06. You’re an in-demand festival DJ. You’ve performed at Awakenings Festival (NL), Monegros Desert Festival (ES), Tomorrowland (BE) and Nature One Festival (DE) in the past and have forthcoming appearances this summer in festivals in The Netherlands, Belgium, Germany and Spain amongst others. What do you prefer playing the most; festival sets or club sets and why?

If the weather is good, I prefer to play in the open air but if it’s cold clubs are the better option, but my preferences are to play in places where the atmosphere is good. It doesn’t mind if it’s a festival or a club. I love both.

Festivals are more massive and the energy used to be amazing and impressive. Some clubs have a really special vibe and also you can feel the people near. Both is the answer 🙂

07.You’re the label boss of the distinctive techno imprint Silver M, why do you think it’s important to have your own label and what does Silver M have in store for 2019?

I’ve always thought it’s necessary to give back to this movement/scene. So, during the week I spend most of the time producing and trying to improve myself, this is an area where I’m always learning. The target is being able to satisfy myself with my own music and also find really good producers that sometimes haven’t had the opportunity to release their music even when it’s amazing. It makes total sense to run a record label as a way to release more music and give a platform to both well-known and newcomers in the scene. It’s so gratifying when you see the tracks selling many times over because this means many people will use them in their sets making people dance in a huge number of parties all around the world. 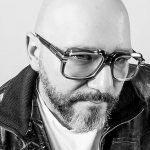 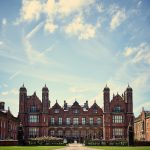