The 46th release on Afterglow Deep finds Gai Barone presenting the first single from his much anticipated ‘Towards’ LP.

The Italian producer has been an integral part of the German imprint’s success over the years and remains one of the label’s core artists. Mainly considered a progressive / trance producer Gai’s music reaches much further. I don’t think I’ve ever seen an artist write a track that can find a home in the sets of both Patrice Baumel and Solarstone, but his music has a certain hypnotic flair too it that really stretches the general genre confines. Gai’s rabid fan base eagerly anticipates each and every release so his impending album is no different. Here we get the first taster from it entitled ‘Mom’s Clown’ alongside a remix from Tim Penner.

Beginning with a distinctive kick and ethereal haze it doesn’t take long before you’re fully captivated by this one. Vocal textures foreshadow the emotive brilliance to come but first you’re met with a set of meaty bass stabs, which carve out a wickedly deep and cavernous groove. The way Gai methodically builds his tracks is one of many reasons why he’s so loved, and once again the progression here is amazing. A bed of intricate designs sits nicely in the mid range which carries a seaside quality, setting up the more prominent motifs which are slowly encompassing the framework. Although indistinct in nature the hazy themes are met with a sparkling top line which pierces the air, but only for a moment, quickly trailing away into a wash of sonic dust. The subtlety of it all is just gorgeous and a well executed, tastefully restrained break sits as a perfect centrepiece. Easily one of Gai’s most emotive pieces of music to date and a wonderful prelude to his ‘Towards’ LP.

The lone interpretation of ‘Mom’s Clown’ is provided by Tim Penner who is returning to Afterglow Deep for his second appearance. The Canadian producer and Slideways Music label boss had a very memorable 2015. The highlight of which was helping launch Max Graham’s new Cycles imprint as a remixer on the labels first ever release, and then following it up a few months later with a smashing interpretation of Max’s classic, and perhaps most beloved record ‘Airtight’. The beginning of 2016 has already seen Tim with a 3 week tour of Argentina, while his Slideways imprint continues to dominate the Beatport charts. The Canadian artist seems an ideal remixer choice for this project and his interpretation definitely delivers many great moments. Tim’s sound always has an electric, pristine feel to it and here he’s taken Gai’s deep, warm motifs and added his own dynamic punch. Always one for a dramatic, goosebump inducing break, Tim focuses on the childlike motifs amidst a colourful cosmic swirl. It’s emotive storyboard definitely feels right for a large, smoky room, while the bass stabs cut through the atmosphere nicely upon re-entry, as the vocal gates fade off into a blissful haze. A wonderful remix from Tim and a top notch release from Afterglow Deep, making Gai’s upcoming LP all the more enticing. Highly Recommended.

‘Mom’s Clown’ is out now on Afterglow Deep, you can purchase the release: here 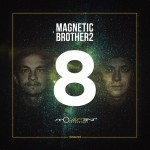 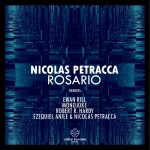