11 11 from Guy Gerber and Puffy Daddy is undoubtedly one of the most eagerly awaited albums of the year. Does it live up to the hype? 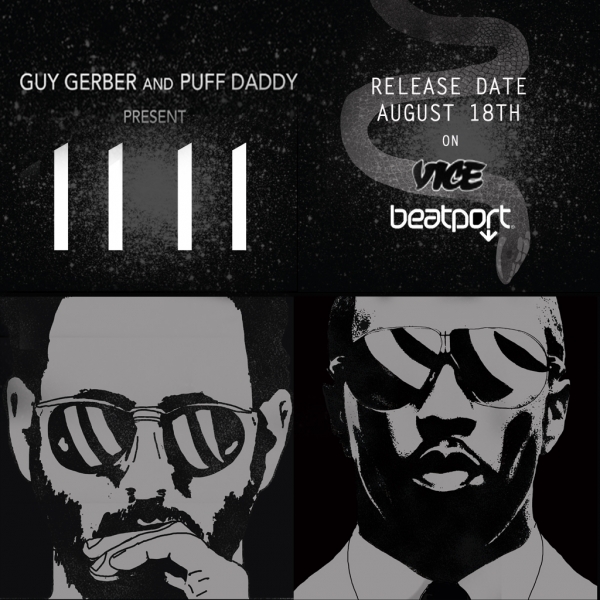 Israeli producer Guy Gerber has been one of the most unique and influential creative forces in underground house, techno and progressive circles for over a decade now, and has given the scene many of its more distinctive and best-loved moments, from solo outings like ‘The Mirror Game’, ‘Timing’ and ‘Stoppage Time’ to collaborations like ‘Claire’ and ‘No Distance’. Puff Daddy, of course, is a phenomenally successful rapper, hip hop producer, label manager, actor, and entrepreneur, perhaps best known (in the UK at least) for his tribute to the Notorious B.I.G., ‘I’ll Be Missing You’, but with a string of albums, hits, films and businesses to his name. So the pairing is unlikely to strike anyone as a natural or obvious one. Still, Puff Daddy’s willingness to experiment with crossovers into housier territory has been well-documented, Guy Gerber’s version of Diddy’s ‘Nothing Can Be True’ from a few years ago was an absolute knock-out, and the first track we heard from ‘11 11’, ‘My Heart’, suggested that the album had the potential to be bigger than the sum of its parts. So there were many reasons to feel optimistic when pressing play on ‘11 11’ for the first time.

Fortunately, that optimism is not misplaced. The album is quite frankly bizarre, but a little bizarreness never hurt anyone, and it’s packed full of surprising, creative, and compelling moments. The instrumental opener ‘Never Walk Alone’ is perhaps one of the least distinctive tracks on the album, I suspect in large measure because of the lack of vocals. That said, it sets the tone just right with a slow-burning, indie groove sitting under glorious 80s-inspired synth lines and drifting vocal pads, delivering a sweet, uplifting hit. ‘Broken Windows’ gives a better taste of the album to come, with one of those trademark Guy Gerber cascading, near-psychedelic hooks and a heavily-processed male vocal tag-teaming over a pulsing techno backdrop. And you know what? It’s bloody great. At a shade over 10-minutes, the next track ‘Floating Messiah’ is the longest on the album, but it certainly pulls its weight. Old-school ravey chord sequences and brassy swells (apparently summoned by Puff Daddy himself) probably don’t sound like a promising combination, but the actual effect is terrific, and the shimmering, hypnotic sequence after the breakdown is utterly mesmerising.

‘Lifted’ picks up the pace, and features male and female voices almost chanting in sync over a weaving, techy stormer, before a stunning melodic build up leads to a seriously squelchy and trippy climax. Awesome, awesome stuff. Next up, ‘Angels’ offers a welcome breather, with a poppy, nu-disco flavor and some of the album’s most beautiful vocals. ‘I Hear Her Calling Me (Hello Good Morning)’ continues in this gentler vein, with interlocking voices, piano and haunting pads setting up a dreamy, dubby, string-laden second-half (though I have to say, I found that the extended outro on this one tested my patience a bit).

‘Tourist Trap’ offers up techy dynamics, a minimalist fluttering breakbeat, and a sinister, distorted vocal refrain, which soon gives way to some serious bass action. I found this track a bit on the repetitive side, though, and it’s definitely one of my least favourite on the album The album returns us even more squarely to the floor with ‘Let’s Go’, the title immediately forming a stage-whispered refrain over a gargantuan, growling bassline. The intensity spikes as Guy Gerber turns up the heat, while the vocals elements switch between a simple ‘I love you baby, you drive me crazy’ chant and a more soulful chorus. This is the track on ‘11 11’ that packs the biggest dancefloor punch, and for once I wasn’t convinced that the vocal elements added much to the experience (though they certainly don’t spoil it). ‘Indian Summer’ gives the album its second instrumental number, with a warm, housey groove laying the foundation for gorgeous chiming melodies and pulsing synths.

Next we have the track that gave us our first taste of ‘11 11’, ‘My Heart’. This track divided people when Guy Gerber put it up as a preview last month, but I have to say it grabbed me straight away. It’s the combination of Puff Daddy’s rap and the ‘off the hook’ refrain from ‘Nothing Can Be True’ with Gerber’s mournful, supremely beautiful deep house record that is likely to make or break the record for you, though perhaps we can at least all agree that the poignant and urgent chorus is stunning. If you are expecting a gentle, contemplative number to close the album out, think again; ‘Terminal K’; wonky percussion, three menacing and mind-warping basslines, and plaintive melodies are the order of the day, building to a disorienting but satisfyingly psychedelic finale.

This is a triumph, and all respect to Guy Gerber and Puff Daddy for ‘leaning across the aisle’ and making it happen. As a bonus, Rumors – Guy Gerber’s latest record label – is making the entire album freely available, and so quite frankly it would be irrational for you not to acquire this record. Go on, open your mind and treat yourself. 9/10 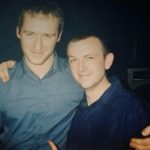