Guy Mantzur and Sahar Z’s ‘Time’ remains one of the standout LPs of recent years. This release sees Lost & Found revisit the album with an A-list cast of remixers: Agents of Time, Ramon Tapia, label-boss Guy J, and Robert Babicz.

The moody intro of Agents of Time’s remix of ‘Small Heart Attack’ kicks things off, before the track settles into an understated proggy groove, with lovely metallic melodies and splashes of the vocals from Guy Mantzur and Sahar Z’s original providing the cream on the cake. The second half sees Agents of Time up the energy levels with rapid-fire hi-hats and some cool percussive effects. Excellent stuff from this rising Italian trio.

Next up we have ‘Survivors Guilt’, reimagined by Ramon Tapia, whose forthcoming track ‘Hysteria’ on Bedrock has me in raptures at the moment. He keeps hints of the melodic elements of the original, but he ups the tempo and turns the track into a floor-friendly tech-house stormer, driven by a chunky bassline and awesome percussion. A winner, for sure.

Guy J’s remix of ‘Small Heart Attack’ takes Guy Mantzur and Sahar Z’s track into much darker territory, with a bassline that positively growls and propulsive percussion really doing some initial damage, and never letting up.

Last, but the least thing ever, we have Robert Babicz stepping up to the plate with his take on one of the true highlights of ‘Time’, ‘Our Foggy Trips’. Not one to waste an opportunity like this, Babicz keeps all those glorious melodies and that pulsing bassline intact, while seriously beefing the track up and throwing in an ear-catching vocal hook for good measure.

All four interpretations here do justice to Guy Mantzur and Sahar Z’s originals, though Robert Babicz steals the show on this terrific release for my money. Highly recommended. 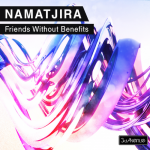 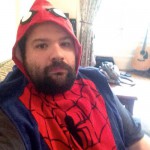