Joost van der Vleuten, better known as Namatjira, follows up a string of great singles and remixes with his debut album, released today on 3rd Avenue.

‘I Did Not Cry’ and ‘Traveling to Civilisation’ get the album off to a moody start, with both tracks offering up low tempo breakbeats, crisp snares, and deeply atmospheric melodies. ‘I Did Not Cry’ is all about cinematic strings and gentle synth motifs, while ‘Traveling to Civilisation’ works with a more psychedelic palette, and boasts a wicked bassline that carries some really effective key changes.

Next up we have ‘Wergaia’, the followup to last year’s ‘Painters Dream Time’, which also featured Mz Sunday Luv’s vocals. This was the first single from ‘Friends Without Benefits’, and I’ve had the Sonic Union remix on repeat for the past couple of months. Namatjira’s original is a much more understated affair, with a busy, intricate bassline, and a slow but purposeful build. The vocals contribute hugely to the mood of the track, and the melody that emerges around 3 and half minutes in is pure ear-candy, and the interplay between these elements is what really makes the track work; though the dreamy breakdown doesn’t exactly hurt. ‘Nowhere Rhodes’ offers another highlight, with restrained stabs meeting bitter-sweet pads, before a trancey bassline and clipped, bleepy hooks set the scene for a delicate, cascading melody.

The heart of the album, in my view, is the next two tracks. The title track hits the ground running with multiple layers of weaving, busy melodies and a warm, bustling bassline setting the scene for some epically beautiful string lines – the overall effect here made me think of a souped-up version of Stelios Vassiloudis’s classic ‘Bite Down’. Even better is ‘Mosquitoes Love to Play Hide and Seek’. Crisp percussion and a beefy bassline provide the forward momentum, but it’s all about the melodies here; the whole track is coating in achingly gorgeous musical themes, which come together to produce one of the biggest emotional hits of the year so far. This isn’t just the best track on the album; it’s probably Namatjira’s best piece of work to date.

‘Piiramo’ features a brooding intro, but soon crystallises into another deep, moving progressive journey, with a cool rolling bassline, haunting melodies and subtle robotic motifs, whereas ‘Marimbas & Angels’ see Namatjira let mournful tones sweep across a minimal track, before springing to life with layers of rippling melodies and an understated but powerful bass part, and building to a satisfying finale. Finally, Namatjira is joined by Nashville-based vocalist Ghost Wars for ‘Remedy’, a vocal deep/progressive house crossover. I have to admit that Ghost Wars’s vocals didn’t do it for me at all, and so this is my least favourite track on the album.

I first was exposed to Namatjira’s work writing a review for Change, when his remix of Andrew Benson’s ‘Dope’ seriously took my fancy, and having followed his development this far, it’s fantastic to see an album from him at last. And this is a really beautiful record, filled with many, many truly lovely moments. I would like to have seen Namatjira depart a bit more often from his core progressive sound – it’s a sound that I love, as you’ll no doubt have guessed if you’ve read this far, but I’d have liked to have been thrown a couple more curveballs. Still, this is an album I’ll be coming back to again and again – and I’d advise you to do the same. 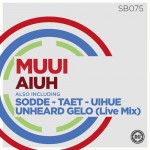 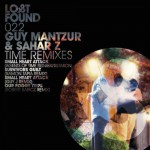