At just the age of 32, Jeremy Olander’s meteoric rise to the top has seen him become widely regarded as one of the melodic scene’s most influential and exciting superstars.

The Swedish prodigy now joins the heavyweight roster of his previous Balance Series counterparts. It should be known that Olander has invested a year’s work into creating his first mix album, of which three quarters of this double release are exclusive tracks from either himself or an alias. The mix also includes other unreleased music from artists that encapsulate the style his label and ever growing clubbing brand Vivrant represents.

Right from the off, the listener is treated to not one or two, but four of these new releases. As Olander fans will instantly recognise, all of them come with the signature stripped down vibe and low level atmospherics that echo his sets. Its after 20 minutes that you can listen to this anywhere, yet still feel as if you’re on a dance floor. ‘Marschen’ reveals delightful bubbly-bass led rhythms and chords, the off-beat drum patterns of ‘Dharma’ sync nicely into scene favourite and Vivrant regular Marino Canal’s offering, a beautifully vocal led number called ‘Hidden Eyes’. The first of two tracks from Tim Engelhardt has all of the ingredients that a top class melodic house track should have; sub bass, catchy synth stabs, sky scraper melodies…

From here on in Olander gears up to full on club mode and it’s his own productions that framework the mix. ‘Saigon’ delivers a twisty spiralling riff that will gladly embed itself deep into your senses, ‘Nattuggla’ pushes the sensory elements higher still, and ‘First Sights’ doesn’t really end CD1, as it is more of a prelude into what’s next!

What comes next is more of the same, a hat trick of Olander’s original creations, that will all have been teased to unsuspecting dance floors. On thing’s for sure, this reviewer can tell you they’ll definitely be heard again…

‘Akzo’ pushes the club pressure higher with tight beat patterns, ‘Yoyo’ and ‘Memnon’ blend so seamlessly they could easily be the same track but remixed differently. What I LOVE about this mix are the curveballs that Olander throws in from here on in, Locked Groove’s ‘Islands’ continues their run of strong form with a roof reaching anthem built around a very familiar breaks pattern, La Fleur’s excellent ‘Second Story’ dishes up infectious flowing melodies, there’s another path to venture down with ‘Ejeca’s’ aptly titled ‘The Bends’ all edginess and darkly filtered percussion. Olander shines a light on a new track from a previously unknown artist Carl Dern you may have heard in his sets recently, ‘Eyes Up’s soothing and uplifting vocals resonating nicely into the last track. ‘Life & Death’ which in my opinion will be heard in DJ sets all over, gorgeously and effortlessly organic in its execution.

Overall, this is a rip-roaring debut from Olander, which testament to his year of work. There’s something here for everyone, be it both newer listeners or seasoned fans. The infectious blanket of contagious progressive beats and melodic layering is on trend and judging from the global planned tour that’s planned, you’re bound to be experiencing this on a dance floor near you soon. 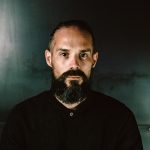 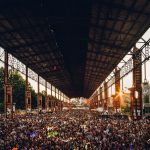