There are no other luminaries in the field of playing new music with as deft an ear as John, the art of knowing when and what to play could not be as honed as the Bedrock Boss.

He and Nick open the show with ‘Steady State’ as it beams sonic light waves into Bieger’s ‘A Million Souls’ Dub, Francesca Lombardo’s beautiful vocals and ancient breakbeats glide around the listener’s head for nine lovely minutes. The first of a trio of impressive works from Brancaccio offer more soothing harmonies too.

As the tone of the journey is set Digweed visits his old friend Sasha; The Man Like’s ambient take on ‘Sugarcoat’ a sparkling gem. Deep spacey funk arrives via DJ Samer’s ‘Free Your Mind’, which blends into brilliant liquid ambience from Miles Atmospheric ‘Andromeda’, the first of two outstanding entries from this much-lauded talent. ‘Heaven Scent’ this string soaked, tranquil, downtempo version has never sounded better, a complete masterpiece.

So, John ends as he began with more soothing vocals, Kiki’s melancholic vocals providing the perfect exit music to this soundscape. The scene is set then, the foundations, the build, the opening of the four-hour opus!

As the title suggests, CD2 is all about the pace and through this mix John shifts through the gears with consummate ease. Taking on atmospheric breaks; two gorgeous London Acid tracks framework the opening, were eased into Charlie Tear’s ‘Dub 7’ that takes us into dark Detroit territory and further down the rabbit hole he goes too. Barry Jamieson returns with the lush ‘Synth Gate’ and DJ Sadie’s sleazy ‘Hypnoticka’ and it’s those three tracks which typify just how Digweed’s machine-like brain calculates the next phase of this journey. In the space of a few minutes he’s rendered the listener lost, catapulted by that rolling chunky groove headlong into the vortex with no idea of how to get out.

Fortunately, John knows how and with Satoshi Fumi’s ‘Manis’ and Lopezhouse ‘The Arrival’, has quickly and accurately pulled you into lighter more melodic waters. Finishing on a high and with aplomb Jamie Stevens’ on-trend ‘Rancho’ is a full-on end of set hand-raiser.

From a personal point of view, CD3 was always going to be the mix I was most interested in. One look at the tracklist validates that decision. A plethora of Bedrock artists handing over their work to be polished updated and revised sounds just perfect.

Zoo Brazil’s bouncy hypnotic take on ‘Bilder’ sets the scene nicely; lights out and heads down unto the breach we go as John skilfully goes about assembling a set worthy of these classic pieces. A dark throbbing retake of Quivver’s ‘One Darker’ from Namito fades into the star turn on this mix, and its not easy to see why, as John, Nick & Guy J’s combined musical intelligence on ‘Trezzz’ are further stirred by Raxon, the end result sure to cause major damage on dancefloors around the world,

Babicz, Howells, and Quivver all deliver their retakes on point and on form, Danny’s ‘XX Retouch’ of the classic ‘Persuasion’ should be enough to send anyone home smiling; evoking many happy memories of those sweat soaked Bedrock dancefloors, but no, John hasn’t finished yet, digging out a classic set ending cut…. ‘2000000 Suns’ may well be warm and bright, but Monkey Safari’s remix ensures this mix is hotter than Mercury.

It is one thing to review a John Digweed release, but to review a disc of original Digweed/Muir material is a whole other proposition. This seems to me to be an experiment in ambient sounds, movie themes and vocals and I imagine it was a highly creative process between the two artists.

Alongside the trippy soundtrack theme there is a strong Balearic feel to some of the tracks. The production is edgy and fresh, yet there are references to electronic pioneers such as Jarre, Kraftwerk, Art of Noise, Pink Floyd, even Leftfield and K&D.

The disc opens powerfully with ‘Windmill Hill’ giving the listener a vision of Martian landscapes. ‘Stems & Beams’ follows on similarly… a deeply moving track that Digweed fans will recognise as a hint of an opening to the famous vortex, even a cooled down entrance.

We’re taken into the eastern inspired ‘Contrafact’ then after that it’s a succession of stimulating and quality offerings, the movie score feel continues throughout. ‘It From Bit’ opens with vocals like an ode to another time, but keeps that futuristic vibe. The tone of the CD turns a shade darker and sensual over the next few tracks. ‘Cover Me’ builds teasingly sweet trip-hop breaks… ‘Psychism’ inspires memories of sombre after-parties, as John and Nick experiment with their sounds in even more detail while the mix evolves. ‘With You’ builds into an uplifting crescendo and leaves the listener rapturous as the old-school sounding ‘Bloodstone’ ends the show.

This CD works well on its own, but taken as one part of a collection, works so much better. For me though nothing takes centre stage here, there are some standout individual pieces. I was worried just quite what I was going to hear at first, though the opening tracks made sure I needn’t have been. It’s a memorable introduction into the world of Chill-Out from Digweed, one he plays with purpose and skill. 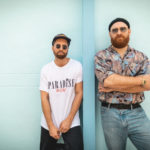 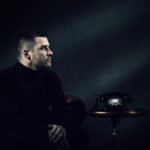