With his tour diary booked out over a year in advance, the Argentine’s reputation as a progressive icon, leader plus an all-round good guy, continues to spread throughout the world.

Known as a national hero in his homeland, he’s even been honoured with a special award from the government. So make no mistake, Cattaneo is massive, selling out stadium sized shows in Argentina whenever he plays. Here he curates and mixes ‘Sunsetstrip’ for Balance, as a tribute to his recent show in March.

The magic begins instantly on Disc One with a sermon from Darpan (one of the worlds leading healers and teachers). As you’ve guessed, this one’s the more restrained of the two offerings. Tracks from Davi, Mariano Mellino and El Maestro himself impress. As we reach the superb “Hiding Sun” by Juan Hansen this reviewer’s imagination is placed firmly amongst the crowds of Sunsetstrip in Buenos Aires… an excellent Kevin De Serna double later sees us locked in cruise control. Antrim’s glorious “Voice of Reason” sends sprits soaring again, as we’re skilfully manoeuvred towards the end of mix one.

As Hernan’s legion of fans will testify, there’s a very liquid, almost organic flow to his sets. This compilation is constructed almost entirely of exclusives for this release, with Cattaneo layering tracks, like an artist would use new colours, painting his own memories from the event.

A Mike Greigo double offering open up proceedings on disc two, all rubbery bass and tribal tinged. It’s here when El Maestro begins to go through the gears and show us just why he’s revered as one of the best in the business. The funk and drive of Subandrio’s “Mein Sohn” heralds the golden hour of the entire ensemble. There’s a gorgeously intense track from Black 8 and muscly prog monster “Forgotten” by Cid Inc, both introduced in customary Cattaneo style. Later, we’re driven later headlong into the dawn, with sensual melodies from Mariano Mellino and EANP greeting our ears.

Sunsetstrip ranges from the smooth and elegant, towards more energetic and deeper offerings, with Cattaneo treating us to a masterclass on how to weave the light and dark together. The mixes are both scrupulously well-crafted and not once did it feel like the intention here was pleasing the masses. Hernan Cattaneo goes well beyond that. Both first time listeners and fans of El Maestro will not be disappointed. 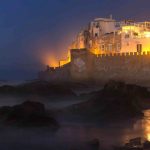